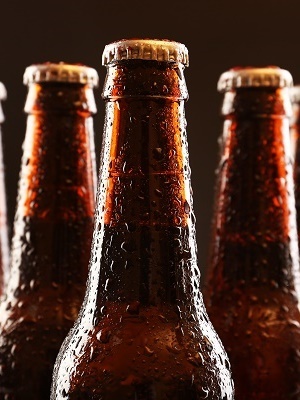 MEDFORD, Ore. (Legal Newsline) – A class action lawsuit filed by a group of Oregon beer consumers has been filed in an attempt to block a merger between the two largest brewers in the world.

On Dec. 1, James DeHoog and other plaintiffs filed a class action lawsuit in the Medford Division of the U.S. District Court of Oregon against Anheuser-Busch InBev, SA/NV (AB Inbev) and SABMiller (SAB), claiming that the proposed acquisition of SAB by AB Inbev violates Section 7 of the Clayton Antitrust Act.

The plaintiffs allege that the merger will create a monopoly in the U.S. beer market, thus violating the Clayton Antitrust Act.

“We believe that the claims alleged in this lawsuit are without merit, and we intend to vigorously defend against them,” said John Blood, Vice President of Legal and Corporate Affairs for Anheuser-Busch InBev.

The Clayton Act, enacted in 1914, seeks to prevent anticompetitive practices in the market by prohibiting conduct that is not in the best interest of a competitive market.

Section 7 of the act specifically addresses mergers and acquisitions in which the effect “may be substantially to lessen competition, or to tend to create a monopoly.”

The act gives private parties authority to sue for damages if they have been harmed by conduct that violates the Clayton Antitrust Act, and allows such parties to pursue a court order prohibiting any future anticompetitive conduct.

“The U.S. beer market has never been more competitive, with strong growth from craft brewers, and nothing in this transaction will change that fact. Instead, this transaction provides a compelling opportunity to extend the reach of AB InBev’s iconic American brands, such as Budweiser, to markets outside of the United States,” Blood said.

AB Inbev is a global beverage and brewing company with headquarters in Leuven, Belgium, and was formed through mergers of three international companies: Interbrew from Belgium, AmBev from Brazil and Anheuser-Busch from the United States. It is the world’s largest brewer with a 25 percent global market share, a presence in more than 20 countries and a portfolio of over 200 brands.

SAB, is headquarted in London, is the second-largest brewer in the world, has over 200 local beer brands and also bottles major soft drink brands such as Coca Cola. SAB includes MillerCoors, which is a joint venture between SABMiller and Molson Coors Brewing Company and holds a 27 percent share of the US beer market.

The Clayton Act requires companies to notify the government before large mergers or acquisitions. Carlos Brito, Chief Executive Officer for AB InBev, submitted a statement on the proposed acquisition to the Senate Judiciary Committee, Subcommittee on Antitrust, Competition Policy and Consumer Rights for its Dec. 8 hearing, to explain the business rationale for the merger.

“Put simply, the purpose of this transaction is to enhance our ability to serve new markets, particularly in Africa, Asia and Central and South America,” Brito stated. “It is about bringing more choices to more consumers around the world, including extending the reach of iconic American brands such as Budweiser to new markets.”

Brito emphasized that the merger does not intend to change AB InBev’s competitive position in the US beer market, and that the proposed agreement the company has with Molson Coors to divest SAB’s interest in MillerCoors will ensure that AB InBev’s US market share does not change due to the merger.

In a Nov. 11 press release, AB InBev announced that the merger is projected to be complete by the end of 2016. “The SABMiller Transaction is expected to complete in the second half of 2016, subject to satisfying the relevant regulatory clearances,” the release stated.

Want to get notified whenever we write about U.S. District Court for the District of Oregon ?

Sign-up Next time we write about U.S. District Court for the District of Oregon, we'll email you a link to the story. You may edit your settings or unsubscribe at any time.

U.S. District Court for the District of Oregon