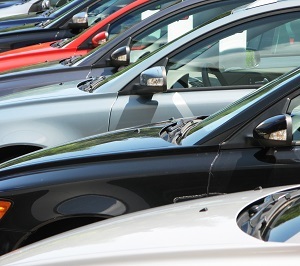 The state Supreme Court, in its Nov. 4 ruling, affirmed the rulings of a Pickens County Circuit Court judge and the jury verdict.

Under the Dealers Act, a manufacturer, distributor, wholesaler or motor vehicle dealer is prohibited from engaging in any action that is “arbitrary, in bad faith or unconscionable and which causes damage to any of the parties or to the public.”

Freeman filed her action on the ground that Hendrick “unfairly” and “arbitrarily” charged all of its customers “closing fees” that were not calculated to reimburse Hendrick for actual closing costs.

On appeal, Hendrick argued the case never should have reached the trial phase as a “group action” under the Dealers Act.

The dealership also argued the trial judge misinterpreted the term “closing fee” to mean that a dealer may only charge a closing fee that equates to the actual costs incurred by a dealer during closing.

Justice Donald W. Beatty, who authored the majority opinion, agreed that Freeman pursued the proper course of action in seeking recovery under the Dealers Act.

Beatty noted that although the “closing fee” statute identifies the procedural requirements that must be met before a dealer can charge a closing fee, neither the statute nor other provisions of the South Carolina Consumer Protection Code provide any remedy for a consumer claiming a closing fee violation.

“Here, Freeman did not allege any unfair practice regarding the financing of her vehicle purchase. Rather, she claimed she was unfairly charged a ‘closing fee’ that bore no relation to the actual expenses incurred by Hendrick,” the justice wrote. “Given this claim did not involve an unfair consumer credit transaction between a creditor and a debtor, Freeman had no means of recovery under the SCCPC.”

Instead, Freeman’s claim fell within the purview of the Dealers Act, Beatty said.

The court also affirmed the trial judge’s definition of “closing fee,” emphasizing that a “closing fee” is not limited to expenses incurred for document preparation, retrieval and storage.

“However, any costs sought to be recovered by a dealer under a closing fee charge must be directly related to the services rendered and expenses incurred in closing the purchase of a vehicle,” Beatty wrote. “Given that each vehicle purchase is different, compliance with the ‘Closing Fee’ Statute does not require that the dealer hit the ‘bull’s-eye’ for each purchase. While each sale may be different, it is inconceivable that each closing requires performance of dissimilar tasks. To the contrary, the category of tasks required to close a sale is the same in every sale.

“However, the number of times a certain task is performed may differ. As a result, a dealer may comply with the statute by setting a closing fee in an amount that is an average of the costs actually incurred in all closings of the prior year.”

Similarly, a spokeswoman for the South Carolina Automobile Dealers Association said it was aware of the decision, but declined to comment.