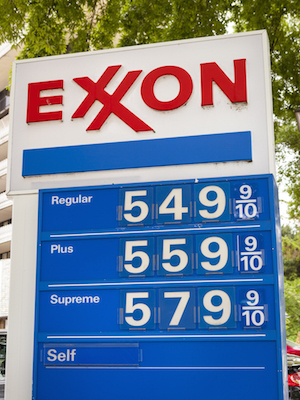 NEW YORK – New York Attorney General Eric Schneiderman is investigating ExxonMobil for possibly suppressing climate change research from both the public and the company’s investors, and an attorney says it is an example of a state attorney general using his position to advance his political agenda.

Reports of Schneiderman issuing a subpoena of to the oil company surfaced on Wednesday. Attorney John Marti, a partner at Dorsey & Whitney in Minneapolis, told Legal Newsline the investigation does not necessarily mean that Schneiderman will prosecute the company.

“The term ‘prosecution’ implies criminal charges, but initiating an investigation of Exxon appears to be aimed more at including transparency in public energy companies as related to climate change,” said Marti, a former federal prosecutor who now works at Dorsey & Whitney's Government Enforcement and Corporate Investigations Group.

“He wants [businesses] to be honest and direct about the impact that their operations have on climate change issues. “

This is not the first climate change-related investigation that Schneiderman has launched using his authority as attorney general.

“These investigations are aimed at the policy interests that the attorney general has in the way of climate change,” Marti said.

In a separate but similar inquiry, Schneiderman is investigating Peabody Energy. According to Marti, the coal company’s internal discussion of climate change did not match its external communication.

“What the attorney general is doing is saying to the energy companies, ‘You know internally that climate change is an issue, and you’re going to have to be consistent with your external communications on that issue.’”

Schneiderman’s repeated effort to increase the transparency of energy companies reveals his personal and political interest in the controversial issue of climate change, Marti said.

“Are politically elected attorneys general possibly motivated by politics in terms of their investigative priorities? The answer to that is yes,” Marti said.

“It appears that Schneiderman has an interest in the climate change issues and he is using the authority of his office – the bully pulpit – to advance his interest.”