Company's defamation claim against whistleblower proceeding in Ala. court 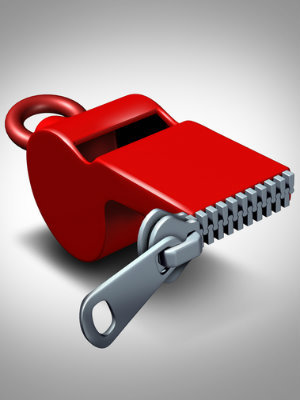 MONTGOMERY, Ala. (Legal Newsline) - Whistleblower protections are not extended to an employee who was fired after attempting to deliver a letter complaining about workplace conditions, according to a ruling in an Alabama state court.

Montgomery County Circuit Court Judge William Shashy decided Kim King’s attempt to deliver a letter to the customer of her former employer, the Lear Corporation, was not protected in a Sept. 22 ruling.

The case gained national attention after being featured by NBC News in the summer of 2014. King claimed her firing was retaliation for complaining against working conditions. The company said it fired her for trespassing on their customer’s property.

Lear says King lied about being exposed to toxins in the workplace in the letter she delivered to Hyundai, Lear’s only customer, according to NBC News. Lear makes foam seats for Hyundai.

“Each case depends on the facts related to that situation. But when a company feels the allegations made by that whistleblower are false, I believe most search for viable options to protect the company and its interests,” attorney Katie Powell, who studied this case, told Legal Newsline.

"The decision in this case provides another example of success in pursuing one of those options.”

According to research obtained by NBC, however, King’s claims did have substance.

Yale University doctors tested the blood of some Lear employees and found four of the six people who initially gave samples “tested positive for TDI sensitization that would be consistent with related asthma or other respiratory illness.”

“Even finding a couple workers who have ben sensitized is a cause for concern,” Yale research scientist Adam Wizneqski is quoted as saying to NBC.

In the case against King, Sashy found that Lear could continue with their defamation claims against King.

“I am not privy to information related to the grounds for the termination of Ms. King’s employment and therefore cannot express an opinion related to Lear’s actions or their risk analysis,” Powell told Newsline.

“Of course, any time an employer terminates an employee’s employment, the employee may bring a lawsuit against the employer.”