Newspaper calls out binding arbitration, but forces clause on its own consumers 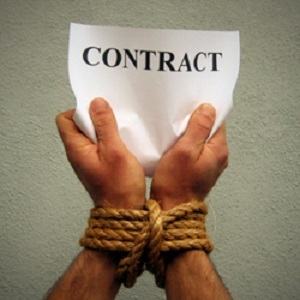 NEW YORK (Legal Newsline) - Over the weekend, the New York Times published the first part of an extensive investigation into how Wall Street and corporate America have been in cahoots, for years using binding arbitration to hurt American consumers.

But the Times failed to mention in its report that its travel program, Journeys, forces binding arbitration on its participants. James Taranto noted the Times' use of the clause in a 2014 Wall Street Journal article.

Journeys allows readers, as part of small group tours or cruises, to travel to locales like Ethiopia, Cuba and Provence with a Times journalist or expert.

“Arbitration and Waiver of Trial by Jury: You agree to present any claims against us within ninety (90) days after the Tour ends and to file any suit within one (1) year of the incident, and you acknowledge that this expressly limits the applicable statute of limitations to one (1) year.”

It continues, “In lieu of litigation and jury trials, each of which is expressly waived, any dispute concerning, relating or referring to this Participation Agreement, the brochure, or any other literature concerning your trip or the Tour shall be resolved exclusively by binding arbitration in New York City, New York, according to the then existing commercial rules of the American Arbitration Association. Such proceeding will be governed by the substantive law of the State of New York.”

The Times’ investigation, the first part of which was published online Saturday, was based on thousands of court records and interviews with hundreds of attorneys, executives, judges, arbitrators and plaintiffs in 35 states.

“Corporations said that class actions were not needed because arbitration enabled individuals to resolve their grievances easily,” the newspaper wrote, “but court and arbitration records show the opposite has happened: Once blocked from going to court as a group, most people dropped their claims entirely.”

The Times examined federal cases filed between 2010 and 2014 for its report.

The newspaper found that of 1,179 class actions in which companies sought arbitration, judges ruled in their favor in four out of every five cases.

The American Association for Justice -- formerly the Association of Trial Lawyers of America -- responded to the Times’ story, calling forced arbitration a “corporate bullying tactic.”

The AAJ, according to its website, “works to preserve the constitutional right to trial by jury and to make sure people have a fair chance to receive justice through the legal system when they are injured by the negligence or misconduct of others -- even when it means taking on the most powerful corporations.”

“It’s a rigged system set up by corporations to favor corporations,” AAJ CEO Linda Lipsen said in a statement. “Big businesses are using fine print to take away the rights of consumers, patients and workers.”

However, some plaintiffs’ law firms also recognize the value of mandatory arbitration provisions in reducing their own expenses.

Ted Frank, director of the Center for Class Action Fairness, which became a subunit of the Competitive Enterprise Institute last month, pointed to the case of AT&T Mobility v. Concepcion.

In 2012, the U.S. Supreme Court ruled in Concepcion that companies can enforce contracts that bar class action lawsuits.

Frank, in a 2010 blog post leading up to the Supreme Court ruling, noted that the firm -- like other plaintiffs’ lawyers -- required clients to agree to mandatory arbitration of disputes pursuant to a form contract.

“Just further evidence that the anti-arbitration movement in Congress and the courts is purely about protecting trial-lawyer income, and has nothing to do with consumers,” Frank wrote in the blog post, linking to a copy of a contract provided by a former Nicholas client.

Daniel Fisher, who covers finance and law for Forbes, argues in a column published Sunday that the Times’ investigation “confused class action plaintiffs for the real thing.”

“The article splayed across four pages of the Sunday Times features aggrieved consumers who say they sued companies to reverse unethical charges or free themselves from onerous credit-card fees,” Fisher wrote. “Fine. But are we really to believe these plaintiffs sprang up spontaneously and went out and hired lawyers to vindicate their rights? Please.”

The “real face” of consumer class actions, Fisher contends, isn’t the “little guys” who are trying to take on big corporations.

“Most are lawsuits by wealthy attorneys trying to get wealthier, by using the mechanism of the class action -- originally developed to allow courts to declare classes of plaintiffs in civil-rights cases -- to present companies with an offer they can’t refuse: Settle and pay us a rich fee, or risk a devastating loss in court,” he wrote.

“The Times reports without skepticism the plaintiff-lawyer version of the story, which is that consumers with small losses have no chance of compensation unless they join together in a class action.”

Walter Olson, a senior fellow at the Cato Institute’s Center for Constitutional Studies, pointed to Fisher’s column in a blog post Monday.

Olson -- dubbed the “intellectual guru of tort reform” by the Washington Post -- argues that the Times’ report essentially endorses the assault by trial lawyers on arbitration.

“Consumers willingly switch all the time from one airline loyalty card to another in quest of better miles-and-points rewards, baggage allowances, pre-boarding policies, and so forth -- but not to avoid arbitration policies. Why not? To the experts the Times prefers to speak to -- and as the U.S. Chamber of Commerce points out, every single judge and law professor the Times spoke to was hostile to arbitration, which is hardly true of the universe of all distinguished law professors and judges -- it must be inattention or false consciousness; consumers don’t realize that they’ve giving up terribly valuable rights,” Olson wrote.

“The other possibility is that consumers rationally place little before-the-fact value on a future benefit that is expensive to provide and mostly pays off for the lawyers who -- as Daniel Fisher points out -- mostly manage to stay in the background of the Times piece.”