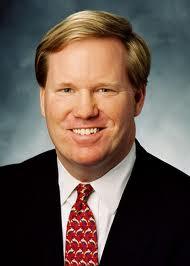 NEWPORT NEWS, Va. (Legal Newsline) – This year, a national legal reform group shed more light on an asbestos docket in Virginia by downgrading Newport News to a “Judicial Hellhole,” though an asbestos attorney there claims the report is propaganda.

The American Tort Reform Association’s annual “Judicial Hellholes” report highlights what it considers to be the least fair civil court jurisdictions in the nation, and earlier this year ATRA moved Newport News from its “Watch List” to its list of hellholes.

“Despite earlier warnings, Newport News has done nothing to end its plaintiff-favoring bias in asbestos litigation,” ATRA President Tiger Joyce wrote in an August op-ed.

The legal reform advocacy group points out in its report about Newport News that asbestos plaintiffs in Virginia enjoy an 85 percent win rate at trial, the highest out of all major asbestos jurisdictions in the nation.

ATRA claims that figure is not just due to good lawyering and powerful evidence, but rather can be attributed to legal and evidentiary rulings that lower the bar for plaintiffs and create major barriers for asbestos defendants.

Robert Hatten, a plaintiffs attorney who is a major asbestos player in the jurisdiction, says ATRA’s report is without merit, calling it a self-serving “obvious propaganda piece” put out to serve special interest groups.

In a lengthy statement provided to Legal Newsline, Hatten takes issue with the ATRA’s report for a number of reasons, and says that “the fact that they declare the entire state of California to be Judicial Hellhole should make it hard to take their accusations seriously.

“In reality, the only Hell Hole in Newport News is in the homes of hundreds of families whose loved ones are dying or have died from mesothelioma due to the negligent failure of the asbestos industry to warn them that breathing asbestos can be fatal – a fact industry knew since the 1940s,” he said.

According to figures provided by the ATRA, Hatten’s law firm filed a total of 259 asbestos cases in Newport News Circuit Court between January 2009 and October 2014.

In his statement, Hatten said that an “inconvenient fact” left out by the ATRA is that all but two defendants in Newport News asbestos litigation have settled or been voluntarily dismissed from every mesothelioma case set for trial in the city in the last decade.

One defendant, John Crane, Inc., has a “no settlement policy” required by its insurer, Hatten claims.

And Exxon, another defendant, the only other company to try a case to verdict in Newport News in the past 10 years, won its first case, and then appealed its second case, winning the appeal, and subsequently settled with the plaintiff.

“Having repeatedly lost trials under nearly identical facts, big business is now trying to intimidate the Judges, poison the jury pool, and create a false impression of the legal climate so that legislators will pass special bills to protect them,” Hatten claims.

“Ethical lawyers file an appeal, they don’t impugn the integrity of the court or try their case in the press.”

In its report, ATRA tackles a number of areas it says contributes to Newport News’ perception as a jurisdiction unfair to defendants, everything from a skewed causation standard to a prohibition on “dose reconstruction,” which has to do with the amount of actual asbestos a worker was actually exposed to.

The group also offers a number of recommendations that would help level the legal playing field in the Virginia city, a major one of which would be to institute a requirement that plaintiffs file asbestos bankruptcy trust claims before a case goes to trial in the civil courts.

Traditionally, individuals alleging asbestos injuries can file claims against companies that have established trusts in the bankruptcy system, which is separate from the civil courts system.

The problem, legal reform advocates say, is that there is often an element of “double dipping,” namely due to the fact that there is little transparency when it comes to who is getting money from the asbestos trusts.

Congress is currently mulling over a proposed bill dubbed the FACT Act, which stands for Furthering Asbestos Claim Transparency.

Legislative records show that the proposal was sent to the full House of Representatives for debate earlier this spring.

According to the ATRA, data indicates that millions of dollars in asbestos bankruptcy trust payments have been recovered post-verdict by Newport News asbestos plaintiffs.

It’s not just the bankruptcy issue that irks those at the ATRA where Newport News is concerned.

It’s the fact that things like a lower causation standard and a prohibition on defendants presenting scientific evidence showing that lower levels of asbestos exposure may post no significant health risk to workers seem to unfairly work against defendants.

“But such appeals add to defendants’ legal costs, and the problems of a stacked deck back in Newport News will stubbornly remain in any case.”