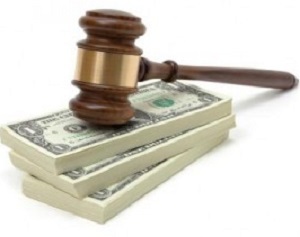 Judge James L. Gale, chief special superior court judge for complex business cases in Surry County, said in his Oct. 8 order that the plaintiffs’ attorneys are entitled to an aggregate award of $550,000.

In August 2014, Pike announced it had entered into a merger agreement with Pioneer Parent Inc., an affiliate of Court Square Capital Partners. Under the agreement, Pioneer Parent would acquire Pike for $12 in cash per share of Pike common stock, and Pike’s chairman and CEO, J. Erik Pike, would roll over his shares in exchange for shares in Pioneer Parent.

An agreement was eventually reached.

At a fairness hearing in August, the business court agreed the settlement -- based on disclosures only and without further monetary relief -- was in the best interest of the class. But the court decided to reserve further consideration of whether to award attorneys’ fees and, if so, what amount.

At the time of the August hearing, the question of whether a North Carolina trial court has the authority to award attorneys’ fees as part of a class action settlement in the absence of additional statutory authority was before the North Carolina Court of Appeals.

The business court earlier noted this unsettled question while assuming it had the authority to approve fees of an uncontested amount so long as the court found them to be reasonable.

“The terms of the Stipulation now before the Court are different in that here, there has been no agreement by Defendants not to contest the amount of fees that Plaintiffs’ counsel requests for an aggregate award,” Gale wrote in his 16-page order.

“Defendants agreed only that they would not contest an award of up to $275,000, and they now claim that the court cannot and should not award any greater amount. Plaintiffs contend that the court has the authority to award any amount that it deems reasonable based on Defendants’ undertakings in the stipulation. Defendants contend that the Court’s only authority to award fees depends on the agreement, and Defendants have only agreed to pay the lesser amount.”

The plaintiffs’ lawyers, in their arguments, pointed to the language of the Memorandum of Understanding, which led to the settlement. It said:

Gale, relying on a recent state Court of Appeals decision, held that “when the parties agree to fee shifting but do not agree on the amount of fees to be awarded, the Court may award the amount that it determines to be fair and reasonable.”

Gale said those rates were “within, but at the higher end of, the range that this Court has found to be reasonable for complex business litigation in North Carolina.”

The judge -- perhaps cautioning other out-of-state lawyers looking to take on class actions in the business court -- refused to award fees any higher than North Carolina’s rates.

“The nature of the claims required highly skilled litigation counsel with experience in shareholder class-action lawsuits. Lead Counsel has experience in litigating shareholder class actions before both this Court and the Delaware Court of Chancery, and Liaison Counsel has substantial experience before this Court,” Gale explained. “However, the affidavit of Lead Counsel reflects billing rates that exceed those typically charged in North Carolina.

“The Court believes that there are North Carolina lawyers who are fully capable of pursuing similar litigation and, thus, that it would be unnecessary and inappropriate to apply billing rates higher than those typically charged by skilled counsel in North Carolina.”

Want to get notified whenever we write about Kessler Topaz Meltzer & Check LLP ?

Sign-up Next time we write about Kessler Topaz Meltzer & Check LLP, we'll email you a link to the story. You may edit your settings or unsubscribe at any time.