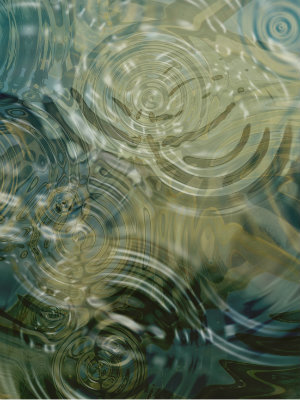 CHEYENNE, Wyo. (Legal Newsline) - The Environmental Protection Agency has levied $20 million dollars in fines against a Wyoming man who built a stock pond in his front yard.

Andy Johnson - a welder by trade, husband and father of four - realized a dream by purchasing his ranchland in Fort Bridger, but as his attorney told Legal Newsline, its now becoming a nightmare.

Pacific Legal Foundation staff attorney Jonathan Wood is in charge of Johnson’s case. PLF has now filed suit, suing the EPA over the agency’s claims against Johnson, telling Legal Newsline the federal government has no authority to regulate stock ponds on private property.

“There have been only two or three cases in the history of the Clean Water Act where EPA has even tested the limits of its power to regulate stock ponds,” Wood said. “In those cases, they’ve settled so there’s been no litigation; there’s almost no case law on this issue.”

Wood said neither he nor Johnson is aware of how the EPA came to discover the pond. Wood said Johnson, however, should be praised for creating the pond – not be threatened.

“The pond he created is environmentally friendly, it creates wetlands and habitats for fish and wildlife, including bald eagles, and it actually filters the water that passes through it by letting the sediment and heavy pollutant sink to the bottom," he said.

Johnson bought the property 11 years ago. He and his wife had always dreamed of having their own land to raise animals, according to his lawyer. They bought the property specifically because it had already been ranchland and he knew it would make his daughters happy.

“They have four daughters and they’re absolutely in love with horses, so that was a really important aspect of owning this ranch,” Wood told Legal Newsline. “It gave their daughters something they really wanted.”

Johnson’s family is middle class; he works full time as a welder and handles the ranch on the side, according to his attorney. Wood told Legal Newsline there’s no way Johnson could possibly pay the fines he’s being threatened with.

According to Wood, the EPA has issued a compliance order to Mr. Johnson, fining him $37,500 per every day he’s out of compliance by having the pond. The fine has now surpassed $20 million.

“They originally gave me 30 days to dismantle the pond – which would have been physically impossible,” Johnson is quoted as saying in a press release by PLF.

Trying to pay the fine, even by a fraction, would be absolutely hopeless, according to Wood.

Wood told Legal Newsline the good thing in all of this is that Johnson has the opportunity to take the Agency to court. A few years ago, he wouldn’t have had that option. Wood said his firm won a case called Sackett v. Environmental Protection Agency in the Supreme Court of the United States, guaranteeing property owners that right.

“This is a battle about more than my land, my livestock, and my pond,” Johnson is quoted as saying in a press release from PLF. “The EPA is on a mission to expand its power. They want to take over jurisdiction over private property throughout the United States. I think they’re using me as a test case.”

Johnson’s attorney agrees. That is one reason his firm took this case. Pacific Legal Foundation is a nonprofit, representing Johnson free of charge.

PLF is also engaged in a legal battle against the EPA’s new Waters of the United States rule, which was recently blocked nationwide by the U.S. Court of Appeals for the Sixth Circuit. The new rule seeks to give the EPA the authority to regulate ponds and creeks on private citizens’ property.

“Most people take for granted the right to use their private property so long as they don’t hurt anybody,” Wood said. “It’s unimaginable that someone could do something that’s good for the environment, good for water, and be threatened like this under the Clean Water Act.”