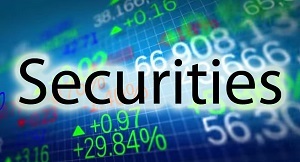 NEW YORK (Legal Newsline) - The City of Providence has joined nearly 30 other separate plaintiffs in filing its own class action lawsuit against a group of banks over their alleged “collusion” in auctions of U.S. Treasury securities.

Providence filed its 34-page complaint in the U.S. District Court for the Southern District of New York Sept. 29. Pomerantz LLP, a securities law firm headquartered in New York City, is representing the city in the proposed class action.

The city, which has filed various other antitrust lawsuits in recent years, is suing for violations of the Sherman Act, Clayton Act, Commodity Exchange Act and state common law against the banks, each of which is or was a “primary dealer” in Treasury securities, according to the city’s complaint.

As of June, the Treasury securities market was estimated to be $12.5 trillion.

“Treasury securities are a bedrock of the U.S. financial system: their sales raise money to fund the government, and the rates attached to their sales affect a range of borrowing costs, including home mortgages, auto loans, credit cards, corporate bonds, and state and local bonds,” Providence explained in its complaint.

Such securities are sold at auctions, for which all relevant information is announced several days in advance.

In the days before an auction, a primary dealer that plans to purchase Treasury securities at the auction may sell the securities to its customers. A “primary dealer” is a financial institution selected by the Federal Reserve Bank of New York as a trading counterparty, either a U.S.-chartered bank subject to official supervision by bank supervisors or broker-dealers registered with and supervised by the U.S. Securities and Exchange Commission.

The primary dealer then may buy at the auction to cover these sales, pocketing the difference in sale and purchase price, or spread, as profit.

Primary dealers are the largest group of purchasers at Treasury securities auctions, and they are the only parties required to participate in all such auctions and to make reasonable markets for the FRBNY.

“As primary dealers, defendants thus collectively occupy a unique position in the world’s financial markets and have voluntarily assumed a special obligation with respect to the implementation of U.S. monetary policy,” Providence noted in its filing.

The city contends that by exchanging confidential customer information, the defendant banks were able to “coordinate their trading strategies.”

“Part of this collusion was agreed upon through the very communication methods that conspirators, including many of the primary dealers, exploited for colluding to manipulate other financial markets and benchmarks, including foreign exchange, the London InterBank Offered Rate (‘LIBOR’), and the leading benchmark for fixed rates on interest-rate derivatives and swaps worldwide (‘ISDAFIX’),” Providence wrote in its action.

“These communication methods, including, without limitation, instant messaging, electronic chatrooms and telephonic methods, were difficult to track and trace. Consequently, defendants were able to maximize, through collusion and at expense of the class, their own profits.”

According to its lawsuit, Providence “directly transacted” in Treasury instruments with one or more of the defendant banks during the class period.

“As a direct and proximate result of defendants’ collusive and manipulative activities, Providence was injured in its business or property,” the city wrote, noting that it believes there are “at least thousands” of class members.

“Reasonable due diligence could not have uncovered defendants’ and their co-conspirators’ manipulative conspiracy.”

In a stipulation and order filed by Judge Paul G. Gardephe Wednesday, the defendant banks’ time to answer, move or otherwise respond to Providence’s complaint has been suspended until an order is entered consolidating any related actions.

Providence’s case and 27 other, recently-filed cases all are based on the same conduct by many of the same defendants.

In its case, Providence seeks damages, to the maximum extent allowed under federal antitrust laws, and that a joint and several judgment in favor of it and the class be entered against the defendants in an amount to be trebled.

The action is Providence’s most recent filing in what appears to be a growing interest in antitrust litigation.

Since 2012, the city has teamed up with private law firms -- most notably, prominent plaintiffs firm Motley Rice -- to file more than a dozen antitrust lawsuits in federal court.

Those cases allege companies are “scheming” to keep generic versions of their prescription drugs off the market by agreeing to so-called “pay-for-delay” settlements.

In such deals -- sometimes referred to as reverse payment patent settlements -- brand-name drug makers pay their generic competitors to keep cheaper alternatives off the market.

Critics of the settlements, including Providence, argue they are anti-competitive and are not in the public’s interest, and often result in higher prices for consumers.