Anti-tobacco group: Too early to know lasting effects of e-cigarettes 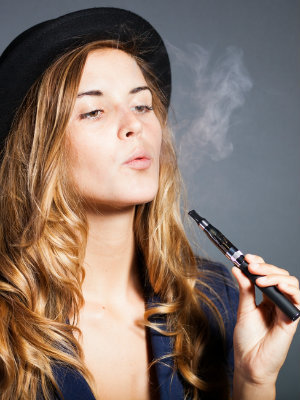 SAN FRANCISCO (Legal Newsline) - A California man claims one of the nation's largest tobacco makers has deceived consumers into thinking electronic cigarettes are safer, when, in reality, there is still little known about the new tobacco products.

Legal Newsline reached out to R.J. Reynolds, but the company declined to comment.

The Campaign for Tobacco-Free Kids claims a growing number of adults and youth are using electronic cigarettes, even though there are many unanswered questions about the resulting health effects.

According to the lawsuit, the plaintiff and other class members were unaware the electronic cigarettes would expose them to toxic chemicals, and were therefore deceived by R.J. Reynolds’ claim that they are a “healthy” alternative to traditional smoking.

“It is not clear whether these products will help people quit, discourage smokers from quitting completely or lead to nicotine addiction and abuse for new users, including kids,” according to the anti-tobacco group.

The suit brought by Harris points to the potential harm to young, vulnerable consumers such as teenagers and young adults.

According to the Campaign for Tobacco-Free Kids, youth e-cigarette use tripled from 2013 to 2014.

Want to get notified whenever we write about U.S. District Court for the Northern District of California San Francisco Division ?

Sign-up Next time we write about U.S. District Court for the Northern District of California San Francisco Division, we'll email you a link to the story. You may edit your settings or unsubscribe at any time.