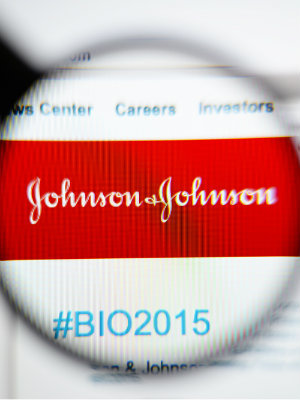 WASHINGTON (Legal Newsline) - The head of a consumer advocacy group says manufacturing giant Johnson & Johnson, which currently faces a lawsuit in federal court over claims it falsely labeled a margarine product, should have cut back on partially hydrogenated oils years ago.

The lawsuit brought by Joann Martinelli on Aug. 14 in U.S. District Court in California alleges Johnson & Johnson and McNeil Nutritionals mislabeled its margarine products Benecol Regular and Light Spreads as having no trans fats and no trans-fatty acids. However, the suit claims the products do contain trans fats because they contain partially hydrogenated oils.

Michael Jacobson is the executive director of the Center for Science in the Public Interest, located in Washington, D.C. He said in an interview with Legal Newsline that though he’s unsure of how the courts will treat this lawsuit, he does know what the U.S. Food and Drug Administration already has said about partially hydrogenated oils.

“Companies have known for at least a decade that FDA-recognized trans fat contributes to heart disease, so forward-looking companies got rid of partially hydrogenated oils a long time ago,” Jacobson said. "Too bad Johnson & Johnson didn’t do that with Benecol.”

Jacobson pointed out that the FDA allows for amounts of trans fat under a half-gram per serving to be listed as zero grams on the nutritional label. Still, he said, consumers should be wary.

“Gram for gram, trans fat is the most harmful fat in the food supply. It certainly increases the risk of heart disease and possibly other health problems,” he said.

The lawsuit brought against Johnson and Johnson claims the false and misleading labels on Benecol Spreads are highly material to consumers and serve to differentiate Benecol Spreads from comparable butter and margarine products.

“These labels allow defendants to charge a price premium for Benecol Spreads,” the suit states.

Jacobson said at the very least, consuming Benecol with trans fats wouldn’t reduce the risk of heart disease as much as it says it does.

“I think that health-conscious consumers are frustrated by the plethora of deceptive label claims, and plaintiff-side lawyers are making a few of those companies pay the price through legal settlements,” he said.

The lawsuit seeks class status for those who purchased the spreads. Martinelli also is seeking damages of more than $5 million, plus court costs.

Martinelli is represented by L. Timothy Fisher, Julia A. Luster and Scott A. Bursor of Bursor & Fisher in Walnut Creek, Calif., and New York City.