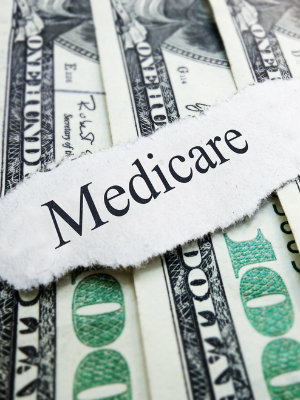 A group of medical facilities in Alaska have filed a class suit against a company they say kept them from receiving Medicare reimbursement they depended on to stay afloat.

South Peninsula Hospital, Alaska Speech and Language Clinic and Kenai Vision Center on behalf of themselves and others in the same situation filed a suit against Xerox State Healthcare, LLC in the United States District Court for the District of Alaska. The suit, filed September 24, alleges negligence and/or reckless indifference, breach of contract and violation of the Alaska unfair trade practice and consumer protection act by Xerox.

According to the suit, Xerox was contracted in 2007 to create new medical record software that would help some 22,000 medical service providers submit for Medicare reimbursement. In Alaska, Medicaid pays about $1.5 billion annually to those 22,000 providers.

After multiple delays, Xerox’s new software finally went “live” October 1, 2013. After the new software went live, the suit claims multiple issues immediately became apparent. “All, or substantially all, claims submitted were rejected by Xerox for the first several months of implementation,” the lawsuit reads. “These rejections, which were caused by Xerox’s defective Medicaid Management Information System, cost the healthcare providers of Alaska hundreds of millions of dollars. Many providers had to go out of business; others incurred lost labor costs and increased clerical time. Some had to hire other staff, while others had to pay out overtime to existing employees to file and re-file claims, according to the suit.

An inspection of the Xerox mail room by the state of Alaska in 2014 revealed hundreds of thousands of claims filed on paper – typically by smaller providers – were being held in stacks that had not been touched. Electronic claims, too, were unopened. All of this caused extreme financial hardship on the medical facilities, according to the suit.

The plaintiffs seek an order certifying this as a class action case, an award of compensatory, treble and punitive damages for every member, pre and post judgment interest on monetary relief, an award of attorneys’ fees and court costs and all other relief the court deems necessary and just. The plaintiffs demand a jury trial. They are represented by attorney Peter R. Ehrhardt of the Law Offices of Erhardt & Kelley in Kenai, AK. The attorneys for the proposed class case would be Sherrie R. Savett, Peter R. Kahana, Arthur Stock, and Michael Twersky of Berger & Montague, P.C. in Philadelphia, PA.

Want to get notified whenever we write about Law Office of Peter R. Ehrhardt ?

Sign-up Next time we write about Law Office of Peter R. Ehrhardt, we'll email you a link to the story. You may edit your settings or unsubscribe at any time.