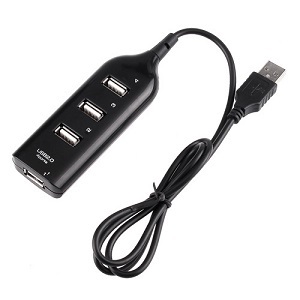 Minero Digital LLC filed its complaint in the U.S. District Court for the Eastern District of Texas, Marshall Division, Sept. 17.

The 26 named defendants include Amazon, Belkin, Best Buy, Office Depot, Staples and Wal-Mart, among others.

In its 14-page complaint, Minero demands that the companies pay it royalties for infringing on U.S. Patent No. 5,675,811 entitled “Method for Transmitting Information Over an Intelligent Low Power Serial Bus.”

The patent is for USB hubs, which are designed to link together more than one USB-enabled device at a time.

According to documents filed along with the complaint, the ‘811 patent was issued in October 1997.

At one point, it was assigned to Intellectual Ventures, the world’s largest patent-holding company, and then to IQ Holdings LLC before ending up in Minero’s hands.

The NPE is described in the complaint as a “Texas limited liability company” with a principal place of business at 1333 W. McDermott Drive, Suite 241, Allen, Texas 75013.

Neither a website nor a telephone number could be found for Minero.

The company seeks a jury trial, permanent injunction enjoining the 26 defendants from infringing its patent, an order requiring the defendants to pay its damages, costs, expenses and interest, an award for enhanced damages for the “knowing and deliberate nature” of the defendants’ “prohibited conduct,” and an order finding the case to be “exceptional.”

Frisco, Texas, attorney Ronald W. Burns is representing Minero in the case, which has been assigned to Judge Rodney Gilstrap.