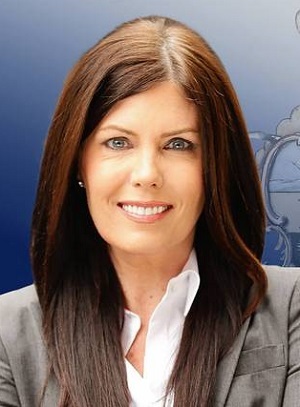 In a news release, Ferman said a perjury charge and other related criminal charges would be filed against Kane -- whose law license recently was temporarily suspended by the Pennsylvania Supreme Court -- after recovering a “secrecy oath” signed by the attorney general on her second day in office.

The signed oath was found during a search of Kane’s offices last month.

Ferman said detectives, following Kane’s original arrest in August, obtained new information indicating the attorney general made additional false statements when she was compelled to appear and give sworn testimony before the Thirty-Fifth Statewide Investigating Grand Jury on Nov. 17, 2014.

During her sworn testimony, Kane repeatedly claimed she had never signed a secrecy oath for the Twenty-Ninth Statewide Investigating Grand Jury -- a grand jury that conducted the investigation of former NAACP head J. Whyatt Mondesire.

“Kane testified that, because she had not signed the secrecy oath, she could not be held criminally culpable for leaking secret Grand Jury information from the Twenty-Ninth Statewide Investigating Grand Jury to the press,” Ferman explained.

In signing the oath, Kane was bound to secrecy regarding all matters occurring before the Twenty-Ninth grand jury and every other past grand jury.

Kane already has been charged with obstructing administration of law or other governmental function; official oppression; criminal conspiracy; perjury; and false swearing.

Ferman said the attorney general “personally orchestrated” the leaking of confidential material to the media -- including investigative information and secret grand jury material -- through a “political operative” for the purpose of retaliating against former state prosecutors “whom she believed had embarrassed her in the press.”

“The evidence demonstrates that the defendant undertook these illegal acts without regard to either the laws of the Commonwealth of Pennsylvania and the damage such disclosure of confidential information might cause to an individual who has not been charged with a crime,” the district attorney said in August.

“Moreover, the evidence shows that Attorney General Kane undertook these actions seeking vengeance and retribution against other law enforcement professionals.”

Judge William R. Carpenter, serving as supervising judge of a statewide investigating grand jury, appointed a special prosecutor in May 2014 to look into allegations that grand jury secrecy may have been compromised.

After a nearly seven-month-long investigation, the investigating grand jury in December recommended that criminal charges be filed by Ferman’s office against Kane. Carpenter issued an order accepting the recommendation and referring the matter to Ferman’s office soon after.

Kane, hoping to have the appointment of the special prosecutor quashed, pursued a quo warranto action -- used to test a person’s legal right to hold an office -- with the Supreme Court.

In March, after initially staying any prosecution by the district attorney’s office, the court denied Kane’s request for relief.

Following the decision, Ferman’s office reviewed the recommendation and supporting evidence, and determined that an independent investigation was warranted.

Ferman concluded that when compelled to appear as a witness before the investigating grand jury, Kane attempted to cover up her wrongdoing by offering “dishonest testimony.”

The district attorney said the attorney general deliberately attempted to deceive the grand jury regarding both her conduct and legal culpability, abusing her power.

Kane, who maintains she is innocent and plans to fight the charges, also recently lost her law license, albeit temporarily.

The state’s high court, in a Sept. 21 order, suspended the attorney general’s license.

“This order should not be construed as removing Respondent from elected office and is limited to the temporary suspension of her license to practice law,” the court noted in its one-page, per curiam decision.

Kane can continue with administrative tasks but cannot act as an attorney. Deputy Attorney General Bruce Beemer most likely will handle any duties Kane cannot perform under her suspension.

Want to get notified whenever we write about Pennsylvania Supreme Court ?

Sign-up Next time we write about Pennsylvania Supreme Court, we'll email you a link to the story. You may edit your settings or unsubscribe at any time.