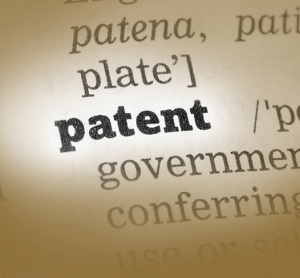 WASHINGTON (Legal Newsline) - More than 100 patient advocacy groups this month sent a letter to both U.S. House and Senate committee leaders, urging them to include a provision in a House-introduced patent reform bill addressing “abuses” in a relatively new appeals process at the U.S. Patent and Trademark Office.

The groups argue in their letter, dated Sept. 8, that currently Goodlatte’s Innovation Act, or H.R. 9, does little to address current abuses in the inter partes review, or IPR, process that threaten the Drug Price Competition and Patent Term Restoration Act -- commonly referred to as the Hatch-Waxman Act -- and the Biologics Price Competition and Innovation Act, or BPCIA.

IPR is a procedure for challenging the validity of a patent before the PTO. The procedure, which allows third parties to challenge bad patents, is conducted by the Patent Trial and Appeal Board, or PTAB.

The review was enacted in September 2012 as part of the America Invents Act. The procedure replaced a previous review procedure called inter partes reexamination.

“Congress established these carefully-crafted patent dispute resolution frameworks to balance the interests of innovators, generic and biosimilar manufacturers, and, most importantly, the individuals waiting for a treatment or cure,” the patient advocacy groups wrote in their two-page letter. “This system generally works well. Many generic medications are entering the market while, at the same time, innovative [research and development] is delivering new treatments to patients. These trends are helping individuals with chronic and complex conditions live longer, healthier lives.”

But developing new medical treatments can cost “billions of dollars” and take more than a decade of research and development, the groups noted.

“Both small and large research and development companies rely heavily on the certainty of their patents to justify the significant long-term, risky investments needed to obtain approval from the U.S. Food and Drug Administration, often many years after a patent is granted,” they wrote.

“Current abuses in the IPR proceedings could ultimately undermine the ability to raise capital and recoup development costs needed to fund future research, leading to a chilling effect on the therapy development pipeline impacting the millions of Americans waiting for a new treatment or cure.”

Congress, the groups argue, never intended for the IPR proceedings to undermine the patent dispute resolution frameworks in Hatch-Waxman and BPCIA.

“We urge Congress to include language in H.R. 9 that would preserve the highly-detailed and sophisticated systems designed by Hatch-Waxman and BPCIA to avoid weakening the patents that sustain medical research,” they wrote. “Strong patents will ensure that innovative ideas make it from the lab to the people who need them most.”

Phil Gattone, president and CEO of the Epilepsy Foundation, said it is important for lawmakers to bear in mind, as they weigh reforms to the current patent system, the patients whose medical needs are not being met by existing therapies.

“Currently, the Innovation Act falls short of protecting investments in medical research and future treatments, which will ultimately have a deleterious impact on the many Americans living with chronic conditions,” he said.

“A patent system that encourages and fosters innovation is especially important to the one-third of people living with epilepsy who currently do not have control over their seizures and are awaiting new medical breakthroughs to attain a higher quality of life.”

Gattone also has urged Congress to establish a patent system that will promote the future of medical breakthroughs by protecting those who fund innovative, life-saving research.

Goodlatte, R-Va. and H.R. 9’s lead author, has said he “remains confident” his bill will get a floor vote soon.

However, there has been a push from conservative groups in recent months to quash the House legislation.

Such groups -- including the American Conservative Union, Club for Growth and Eagle Forum -- argue that the Innovation Act will harm American inventors and small businesses while giving other countries, such as China, a boost in the global marketplace.

In July, lawmakers hit the brakes on the House bill, delaying a vote until after the August recess. Some members still had concerns with the legislation.

The bill, which was reintroduced by Goodlatte in February, also was delayed during its markup process. Only after making various tweaks to the bill did it pass the House Judiciary Committee in June.