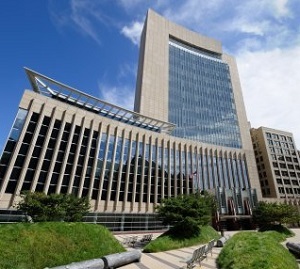 MINNEAPOLIS, Minn. (Legal Newsline) - A federal judge this month awarded more than $1.7 million in attorneys’ fees and expenses to the defendant in a patent infringement case that made it all the way to the U.S. Supreme Court last year.

In particular, Icon had argued that any fees and costs incurred in the appeal and remand proceedings -- $851,432.23 in attorneys’ fees and $100,153.86 in costs -- should not be included in the award because the proceedings were not deemed “exceptional.”

Montgomery, in a separate opinion and order filed Sept. 1, said not so.

The judge pointed out that Icon’s appeal of the federal court’s claim construction and summary judgment rulings are independently exceptional.

“In its appeal, Icon repeated the same exceptionally weak infringement arguments that had been squarely rejected by this Court,” she wrote. “Therefore, Octane is entitled to recover the attorney’s fees and costs it expended in defending against Icon’s appeal of the claim construction and summary judgment rulings.”

Montgomery noted that the claim construction and summary judgment issues comprised two-thirds of the issues involved in the consolidated appeal before the U.S. Court of Appeals for the Federal Circuit.

Icon also made the argument that Octane’s fees must be reduced because Octane “overstaffed” the case with partner-level attorneys who were performing tasks typically performed by lower billing-rate associates.

In fact, Icon had argued that 85 percent of attorney billings before appeal were attributable to partner-level attorneys, and that high-level attorneys engaged in “routine tasks” such as document review and legal research.

Montgomery, after reviewing the bill statements, concluded the requested reduction was “not warranted.”

“This case was also aggressively litigated by Icon, and Octane properly employed skilled and experienced attorneys to defend itself against Icon’s claims,” she wrote. “Although partner-level attorneys performed some document review and legal research, a substantial majority of the time entries identified by Icon as purported examples of overstaffing were performed by a partner whose hourly rate was $300 to $320 during the course of this litigation.”

The judge, pointing to a survey conducted by the American Intellectual Property Law Association, noted that the average hourly rate in 2012 for an intellectual property litigator practicing in the Minneapolis area was $413 for partners and $287 for associates.

“Thus, the rate charged by this partner were more commensurate with that of an associate than a partner,” she wrote.

Montgomery added that as “further assurance” that the case was neither overstaffed nor unreasonably billed, Octane’s attorney rates and monthly bills were scrutinized by its patent insurance carrier, Intellectual Property Insurance Services Corporation.

IPISC, the judge noted, has a “vested business interest” in ensuring it does not pay above-market rates or overspend on patent litigation.

In May 2009 -- a year after Icon brought its suit against Octane -- both companies filed a stipulation in which they agreed to “the dismissal with prejudice of any and all claims against the other, asserted or unasserted” relating to the ‘120 patent.

“Therefore, this claim has been released under the terms of the stipulation, and Octane’s request for an award of $125,719 in fees relating to the ‘120 patent is denied,” Montgomery wrote.

The court did, however, award Octane $6,109 for its electronic research costs.

“After seven years of dedicating resources to what was shown to be a baseless lawsuit, we feel vindicated that the Court has awarded attorneys’ fees and costs,” Dennis Lee, president and CEO of Octane Fitness, said in a previous statement.

However, it appears the company is not completely satisfied with its award.

On Friday, Rudy Telscher, a principal at intellectual property law firm Harness Dickey & Pierce who was part of the lead counsel representation for Octane, sent a letter to Montgomery asking her to reconsider her order.

“If not reconsidered, the Court’s order countenances a nearly 50 percent dilution of reasonable fees awarded to Octane,” he wrote in the three-page letter to the judge.

“Octane prevailed against unreasonable litigation tactics in a patent suit of exceptionally low merit. Now, seven years later, it is finally clear that Octane was entitled to its attorney’s fees for the trial and appellate merits phases. Under the law, all fees reasonably incurred to get to this threshold and causally flowing from Octane’s merits victory should be awarded.”

Telscher also took issue with the judge’s exclusion of half of all hours prior to the dismissal of the ‘120 patent.

“A party should not be permitted to assert a weak patent, dismiss it during the course of the proceedings and then deduct nearly 50 percent of all fees billed to that point. This is not the law.”

In July, the Minnesota federal court found in favor of Octane on its renewed motion to collect attorneys’ fees and costs. The court found the case to be exceptional using the new standard set by the U.S. Supreme Court last year that reduces the standard of proof for legal fee reimbursement.

Specifically, the justices wrote in Octane that the Federal Circuit’s framework in a previous decision, Brooks Furniture Manufacturing Inc. v. Dutailier International Inc., was “unduly rigid” and that it “impermissibly encumbers” the statutory grant of discretion to district courts.

Basically, the nation’s high court made it easier for courts to make the loser pay for all attorney costs, if the lawsuit is considered frivolous.

Icon had sued Octane for infringing on two of its patents on its elliptical machines -- one on electronic heart rate monitoring and one on linkage of the moving pedals. The heart rate claim was unreasonable, so Icon was forced to drop it, and Octane won on the linkage issue and requested reimbursement for attorneys’ fees.

While the Minnesota federal court and the Federal Circuit issued summary judgment in Octane’s favor in October 2012, both found the case was not “exceptional” enough to warrant imposition of fees.

In response, Octane filed a petition for certiorari with the Supreme Court, arguing that this statutory interpretation was a “rigid and virtually insurmountable test,” and that trial judges should be able to award fees when a patent holder “unreasonably pursues a case having an objectively low likelihood of success” to serve as a deterrent to litigation abuse.

The Supreme Court overturned the appeals court and reduced the standard of proof for legal fee reimbursement from “clear and convincing evidence” to a “preponderance of the evidence;” providing district court judges greater latitude in awarding fees on lawsuits that they think should not have been brought.

The case was remanded to the Federal Circuit for reconsideration, which sent it to the Minnesota federal court.