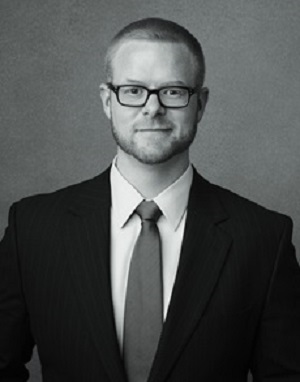 The order, written by Judge Jeffrey S. White for the U.S. District Court for the Northern District of California, in Klaustech Inc. v. AdMob Inc. is the first decision in the district to find a patent passed both parts of the so-called Alice test.

It also is the first patent with claims directed to the general field of advertising over the Internet found to be valid under Section 101 of the federal Patent Act.

“The Court finds, just as the examiner did upon reexamination, that the patent addresses a technological improvement specific to Internet-related advertising,” White wrote in his six-page order. “The (6,128,)’651 patent employs a new approach to control and monitor the display of advertisement on Internet browsers and seeks to solve technical problems that do not exist in the conventional advertising realm.

“The Court finds that, similar to the holding DDR Holdings (LLC v. Hotels.com LP), the ‘claims stand apart because they do not merely recite the performance of some business practice known from the pre-Internet world along with the requirement to perform it on the Internet. Instead the claimed solution is necessarily rooted in computer technology in order to overcome a problem specifically arising in the realm of computer networks.’”

White, pointing to the U.S. Supreme Court’s decision in Alice Corp. v. CLS Bank International, specifically ruled that the claims are not directed to an abstract idea and that the claimed system is patent-eligible under Section 101.

In its June 19, 2014 ruling, the Supreme Court said the claims in Alice were drawn to an abstract idea.

Implementing those claims on a computer was not enough to transform the idea to a patentable invention, the justices ruled.

In this case, the ‘651 patent claims the exclusive right to a novel centrally-located, non-scrolling advertisement display frame on an Internet browser.

The claimed system provides real time communication between the central controller and the browser to allow advertisements to be displayed for a set minimum amount of time and to enable the browser to track and control the display.

The patent attempts to address what White called in his order the “prevailing problem” of advertising on the Internet to control the advertising to each web page viewing browser and to monitor accurately the timing of the display, with proof of the advertisement display to the paying advertiser.

“The apparent uniqueness of the invention is that the system allows the non-scrolling advertising frame to appear in the browser, but not to be itself part of the hosting website,” the judge explained. “In addition, the ad timer enables the advertiser to control, in real time, given advertisements and the length of time they appear on the browser window.”

Defendant AdMob -- acquired and owned by search engine giant Google Inc. -- had filed a motion for judgment on the pleadings on the basis that Klaustech’s patent infringement claims must fail as a matter of law.

AdMob argued the asserted patent, entitled “Internet Advertising with Controlled and Timed Display of Ad Content from Centralized System Controller,” is invalid under Section 101 for lack of patent-eligible subject matter.

Klaustech originally filed the action in February 2010, asserting infringement by AdMob of the ‘651 patent, which was issued in October 2000.

In April 2013, in response to an attempt by AdMob to invalidate the patent, the U.S. Patent and Trademark Office confirmed the validity of the ‘651 Patent by issuing an ex parte reexamination certificate and issuing new and amended claims.

“We are very pleased with Judge White’s decision and recognition that the patented invention is not abstract, but rather is directed to a technological improvement specific to Internet-related advertising,” Berger said following the judge’s decision.