Former Nev. AG Masto will be in tight race for Reid seat; ATRA expects her to be 'beholden' to plaintiffs bar 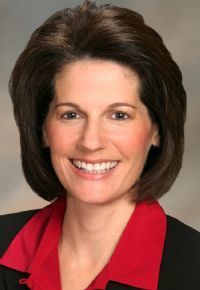 LAS VEGAS (Legal Newsline) - Catherine Cortez Masto found herself in a comfortable spot one night last month, spending the evening with President Barack Obama, Senate Democratic Leader Harry Reid and dozens of other supporters who want to elect her to the U.S. Senate in 2016.

Cortez Masto, the former attorney general of Nevada, announced in April that she would run for the Senate seat that Reid vacates next year. Reid publicly supported the move, even before Cortez Masto’s formal announcement. The Democratic Senatorial Campaign Committee has also endorsed her.

“Catherine Cortez Masto has made protecting Nevada families and consumers her life’s work, and she is the strongest candidate to keep this Senate seat in Democratic hands and continue Harry Reid’s legacy of fighting for Nevada’s best interests,” said Sen. Jon Tester, D-Mont., chairman of the DSCC, in a statement following her announcement.

The DSCC endorsement means Cortez Masto will likely avoid facing the state’s other top Democrats, including Rep. Dina Titus, in a primary. She can instead focus on her highly-anticipated fight with the Republican frontrunner, Rep. Joe Heck, who has more than three decades in public service as a physician and Army Reservist.

Cortez Masto could not be reached for comment for this article.

If successful, Cortez Masto would be the first Hispanic woman to serve in the U.S. Senate.

Cortez Masto served as an assistant county manager for Clark County, Nev., a federal criminal prosecutor for the U.S. Attorney’s Office in Washington, D.C., and the chief of staff to Nevada Gov. Bob Miller before she was elected attorney general in 2006.

Tray Abney, director of government relations at Reno-Sparks Chamber of Commerce, contends that this experience could help Cortez Masto overcome Heck in the election.

“Sen. Reid found a great candidate,” Abney said. “She has a law enforcement background. She is female, Hispanic, younger, moderate and a well-spoken person.”

In her two campaigns for attorney general, Cortez Masto also received generous support from private lawyers. According to the National Institute on Money in State Politics, she received 249 contributions from lawyers and lobbyists, for a total of $255,795. That group’s contributions were second only to the $431,078 she received from the gambling industry.

Cortez Masto has been questioned over her close relationship with private lawyers in past years, which could also affect her Senate run. In one high-profile case, she accused Lender Processing Services of consumer fraud and engaging in an illegal “robosigning” scheme. She hired law firm Cohen Milstein Sellers & Toll to sue the company for allegedly violating state consumer-protection laws in 2011.

LPS asked the Nevada Supreme Court to nullify Cortez Masto’s agreement with the private law firm. In January 2014, while the challenge was pending, Clark County District Judge Elizabeth Gonzalez ordered Cortez Masto to pay legal and discovery costs to LPS after failing to produce evidence that supported her lawsuit.

Cortez Masto settled the case the following month – and avoided paying the sanctions – but some leaders in the legal community, such as Sherman Joyce, president of the American Tort Reform Association, say similar issues could surface if she is elected to the Senate.

“Former Attorney General Masto showed herself in that capacity to be beholden to class-action personal injury lawyers, putting their interests ahead of the public interest,” Joyce said. “There's no reason to believe that Senator Masto would behave differently.”

According to ATRA, Cortez Masto also hired plaintiff’s law firms to sue Pfizer Inc. over allegations that the company withheld safety information about its postmenopausal hormone therapy medications. After the district court considered sanctioning Cortez Masto for failing to produce evidence, and the Nevada Supreme Court was asked to decide whether she violated state law, the case settled in November 2014.

As part of the agreement, Pfizer made an $8 million donation to the University of Nevada School of Medicine and the University Medical Center to support the development of programs affecting women's health issues. Pfizer was also responsible for paying $1.5 million to the state for court costs.

Abney also points out that her late father, Manny Cortez, was the president of the Las Vegas Convention and Visitors Authority and well-known in “southern Nevada circles.” Because of that, he says, voters may view her as the “home-grown” candidate.

However, Abney says, even though Heck struggles with statewide name recognition, his medical, military and congressional records could also appeal to Nevada voters.

“You’re looking at a great matchup,” Abney said. “It is going to be a huge race, if not the top Senate race in the nation.”

“Republicans want to see Sen. Reid’s seat go to a Republication,” Abney added. “If it was 2014, when Democrats didn’t show up, you could give it to Heck. But given that national Democrats will take this personally, and it’s a presidential election year, you will see more effort from them.”

“She should be the beneficiary of what Clinton is building here, and she will help Hillary with the Latino community,” Damore said. “She’s obviously got Obama, who was at a fundraiser a few nights ago, so right now, she is building up her organization.”

However, Damore adds, the real “wild card” for both candidates will be the size of the Latino electorate.

“If they can get that to 19 to 20 percent, it will be very tough for a Republication to win here,” he said. “They mobilize that community, and get crossover white, suburban, women voters, that’s all they will need. That’s basically their strategy.”