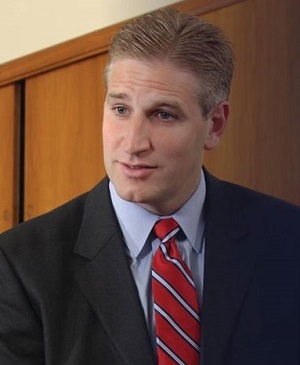 Stephens, who is seeking the 2016 Republican nomination, said he also is seeking re-election to his House seat.

His announcement comes exactly two weeks after current Attorney General Kathleen Kane was charged with obstruction of justice and other crimes for her role in allegedly leaking confidential material to the media.

Kane maintains she is innocent, and plans to fight the charges.

Stephens has said Kane should offer her resignation.

“A court of law will determine her guilt or innocence, but the charges alone further strain the credibility and effectiveness of the Office of Attorney General under her leadership,” he said in a statement the day she was charged.

“The law enforcement community, the people of Pennsylvania and victims of crime deserve to have confidence and trust in the Office of Attorney General and a system on which they can count.”

Stephens said he has spent the last several months meeting with citizens, prosecutors and political leaders, all of whom expressed their “disappointment” with Kane’s continued legal troubles.

“It’s time to move on from the scandalous present to a future that provides leadership that will restore the Attorney General’s Office in the eyes of Pennsylvanians, law enforcement and most importantly victims of crime,” he said in announcing his bid.

“I have on the ground, in the courtroom, proven prosecutorial experience. Pennsylvania can count on me.”

He led the office’s Major Crimes Unit, Sex Crimes Unit, Firearms Unit and the CLEAN Team -- a unit dedicated to the county’s most crime-ridden municipality -- and was the lead prosecutor for the county’s Internet Crimes Against Children Task Force.

In 2004, he was appointed a federal prosecutor and focused on prosecuting Montgomery County’s most violent firearm offenders in federal court.

Stephens, who was born and raised in Montgomery County, was elected to the House in 2010.