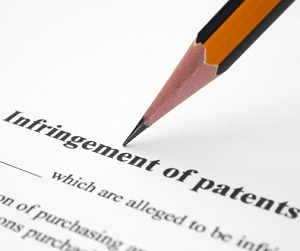 Ectolink LLC filed eight lawsuits Thursday and another 17 Friday in the plaintiff-friendly U.S. District Court for the Eastern District of Texas.

The nearly-identical complaints allege the banks are infringing on Ectolink’s U.S. Patent No. 5,826,245 titled “Providing Verification Information for a Transaction.”

“Defendant has and continues to directly infringe one or more claims of the ‘245 patent in this judicial district and/or elsewhere in Texas and the United States, including at least claim 22 by, among other things, practicing methods that infringe the ‘245 patent including, but not limited to methods for providing verification information for a transaction between an initiating party and a verification-seeking party such as point-of-sale or internet transactions using a credit or debit card,” Ectolink alleges.

According to its complaints, Ectolink is the owner of the ‘245 patent “ with ownership of all substantial rights in the ‘245 patent, including the right to exclude others and to enforce, sue, and recover damages for past and future infringement.”

The application for the patent was filed by inventor Erik Sandberg-Diment in 1995 and then issued in October 1998, according to documents filed with the complaints.

The ‘245 patent, according to the documents, is useful in obtaining authorization of credit card transactions made via a non-secure communication network, such as the Internet, while reducing the chance for credit card fraud.

This isn’t the first time the patent has been at the center of litigation.

Last year, the U.S. District Court for the Northern District of Illinois, Eastern Division, denied a motion to dismiss by Citigroup Inc. in a patent infringement lawsuit brought against it. The credit card company had argued that the ‘245 patent -- owned at the time by another Longview, Texas-based company, Card Verification Services LLC -- claims an abstract concept and therefore does not maintain patentable subject matter as required by Section 101 of the Patent Act.

Judge Virginia M. Kendall wrote in a Sept. 29, 2014 memorandum opinion and order that it was a “plausible interpretation of the patent” to require a computer to perform the invention, and that “[t]he question whether a pseudorandom number and character generator can be devised that relies on an algorithm that can be performed by a human with nothing more than pen and paper poses a factual question inappropriate at the motion to dismiss stage.”

In the current case, Ectolink is seeking a judgment that one or more claims of the patent has been infringed; all damages and costs incurred by it; reasonable royalty and an ongoing post judgment royalty; and pre-judgment and post-judgment interest on the damages.

Neither a website nor a phone number could be found for Ectolink. But, according to its complaints, it is located at 211 East Tyler Street, Suite 600-A, Longview, Texas 75601.

According to a Google search, that is the same address listed in complaints filed in April and May by companies UrgenSync and Frequency, respectively. The John A. Whitehead Law Office, Kutch Law Firm and intellectual property lawyer Nicolas Labbit also share the address.

According to public records filed with the Texas Secretary of State’s Office, Ectolink filed as a LLC in March, making it only five months old.

The company’s attorney, listed on the complaint as Todd Y. Brandt of the Brandt Law Firm, could not immediately be reached for comment on the lawsuits.

Want to get notified whenever we write about Citigroup ?

Sign-up Next time we write about Citigroup, we'll email you a link to the story. You may edit your settings or unsubscribe at any time.