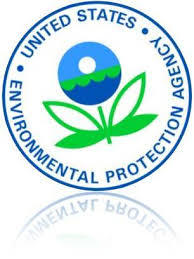 CHICAGO (Legal Newsline) - The next year could bring significant changes to the renewable energy industry in Illinois, as the legislature will likely consider a state measure to change the renewable portfolio standard as well as a federal mandate to decrease greenhouse gas emissions, released by the Obama administration last week.

For the past several years, environmental groups have pushed to revise the law, contending that inherent issues prevent the Illinois Power Agency, which negotiates electricity purchases on behalf of the state’s utility customers, from signing long-term contracts with new renewable energy generators.

“There are some technical flaws that are really the result of the growing pains of shifting from a regulated market to a deregulated market,” said Kevin Borgia, public policy manager with Wind on the Wires, a nonprofit wind energy advocacy group in the Midwest. “What we’re seeing now is some of those growing pains manifest themselves as a broken RPS law.”

Borgia explains that when Illinois moved to a deregulated market, it allowed electric companies to compete to sell the cheapest power. However, he says, since many of the state’s competitive electric suppliers like Constellation Energy or Spark Energy arrange one-to-two-year contracts with customers, it makes maintaining and expanding the electric grid, and in particular, new sources of generation, more difficult.

“If you want to fund electric infrastructure, you need to give the market long-term signals,” Borgia said. “Wind farms? These are $200 million pieces of infrastructure. A bank doesn’t loan you $200 million based on what you can pay back in two years.

“The problem is we have a disconnect between the need for long-term revenue certainty and the short-term nature of the electric market.”

Environmental groups like Wind on the Wires, as well as consumer advocacy groups like the Illinois Citizens Utility Board, say the solution is the Clean Jobs Bill, a measure introduced in February by Sen. Don Harmon (D-Oak Park) and Rep. Elaine Nekritz (D-Northbrook), with the intent to increase energy efficiency and use of renewable energy resources.

Even though the new legislation would require that 35 percent of the state’s energy consumption come from renewable energy resources by 2030, Borgia argues that the more stringent goal can be met with other initiatives to fix the renewable portfolio standard. These initiatives include moving the cost of renewable energy from the generation side of ratepayers’ electric bills to the transmission side of their bills.

Borgia explains that while the generation side foots the cost of electricity and fluctuates through the year, the transmission side pays for power lines, substations and other upgrades and remains relatively stable.

“Everyone pays the costs on the transmission side,” Borgia said. “It doesn’t matter if you switch from ComEd to a competitive supplier, because everyone uses the same sets of wires.

“So this would stabilize the revenue stream, show proper signals to the market, and allow the Illinois Power Agency to go out and procure a portfolio of short-, medium- and long-term energy resources from renewable energy.”

The Illinois Citizens Utility Board contends that if the Illinois legislature passes the Clean Job Bill, the state’s consumers would save more than $1.6 billion by 2030. According to the organization, that results in a 7.8 percent reduction in total bills and average consumer savings of at least $98 each year.

In June 2014, the Beacon Hill Institute at Suffolk University studied Illinois’ current renewable portfolio standard and predicted a much different outcome. According to its analysis, the state’s consumers will see a $574 million increase in electricity costs by 2026. The state’s electricity prices will also increase by 4.77 percent in that time.

“The increase in electricity prices is likely to harm the competitiveness of the state’s businesses, particularly in the energy-intensive manufacturing industries,” according to the study. “Firms with high electricity usage will likely move their production, and emissions, out of Illinois to locations with lower electricity prices. Therefore, the RPS policy will not reduce global emissions, but rather send jobs and capital investment outside the state.”

Sterling Burnett, a research fellow with the Heartland Institute, a public policy think tank in Chicago, explains that the plan will have the largest impact on states that rely on coal-fired power plants for the majority of their electric power. While these states could turn to natural gas or renewable energy, he points out that those resources aren’t always available or reliable.

“Every megawatt of renewable energy has to be backed up by either fossil fuels or nuclear,” Sterling said. “The wind doesn’t always blow. The sun doesn’t always shine.

In addition to disregarding reliable electric power, Sterling contends that the Clean Power Plan will put tens of thousands of people out of work and increase energy costs across the country.

He adds that if Illinois raises its renewable portfolio standard, it may come closer to meeting the Clean Power Plan mandates, but it will also “shoot itself in the foot.”

“My suspicion is they’re nowhere near meeting the standard for 2025,” Sterling said. “The closer they come to that, the higher their rates are.”

Sterling contends that energy costs rise faster in states with renewable portfolio standards than they rise in states without them, mostly because wind and solar are two of the highest-priced sources of energy.

According to the American Coalition for Clean Coal Electricity, the EPA’s new plan will likely increase electricity costs in Illinois by at least 15 percent. That equals a $48 per month increase for a typical family in the state.

Want to get notified whenever we write about Heartland Institute ?

Sign-up Next time we write about Heartland Institute, we'll email you a link to the story. You may edit your settings or unsubscribe at any time.