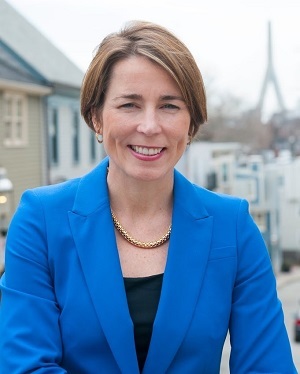 Healey filed a motion to remand in the U.S. District Court for the District of Massachusetts Thursday.

The attorney general argues that the lawsuit should be returned to Suffolk County Superior Court because the federal court lacks subject matter jurisdiction.

In addition, the clinic allegedly marketed its services at an unlicensed medical clinic in Farmington.

“It is against the law to market services and offer treatments provided by an unlicensed medical clinic,” Healey said in filing the lawsuit. “Our office will go after companies and individuals that take advantage of vulnerable patients seeking proper medical care.”

The operators of the clinic, Dr. Kevin and Heidi Hornsby, of Orlando, filed a notice of removal with the federal court July 28.

The defendants contend the court is the proper venue because they are citizens of Florida.

Healey took issue with that argument.

According to the attorney general’s lawsuit, the Hornsbys used television, radio and print advertisements to market its erectile dysfunction treatment and services in Farmington.

The attorney general argues that the risk of the treatments were downplayed and the defendants illegally advertised their business as a “clinic” when it didn’t have the proper licensing.

The Hornsbys are licensed in the state of Florida, but aren’t registered with the Massachusetts Board of Registration in Medicine, according to Healey’s office.