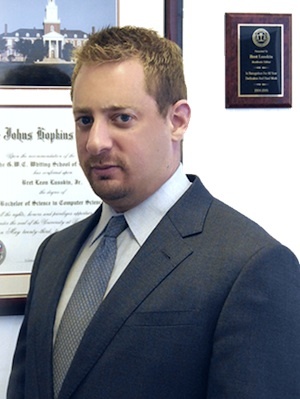 Attorney Bret Lusskin is representing a class action lawsuit against Kubra Data Transfer for allegedly violating Florida law by implementing a surcharge for customers looking to pay their electric bill with a credit card. | Law Office of Bret Lusskin

Nicholas Hucke filed the lawsuit June 26 in United States District Court in Florida against Kubra Data Transfer, claiming the business qualifies as a money transmitter but doesn't have a license to operate in the state.

The lawsuit said Kubra works with Duke Energy Florida to process credit card payments from customers looking to pay their electricity bill. Kubra charges $2.40 for residential and $9.95 for commercial customers. Duke Energy requires anyone looking to pay their bill with a credit card go through Kubra. Those that pay cash, check or electronic withdrawal are not charged the surcharge and don't go through Kubra, the lawsuit said.

Florida law states businesses must obtain an exemption in order to assess a surcharge for credit card payments. However, Kubra allegedly doesn't have any licensing to conduct business in any district in the state of Florida, according to the lawsuit.

The lawsuit seeks class action status for those who used Kubra services within the last four years. Hucke is also seeking damages in excess of $5 million plus court costs.