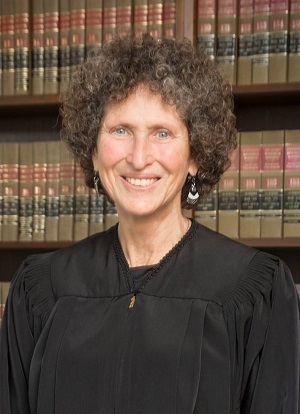 It is her second run for the high court. In 2011, she lost to Justice David Prosser. At the time, she was an assistant attorney general.

“We need judges who are impartial and not beholden to any special interests or political party,” Kloppenburg said in video posted on her campaign website.

“Justice should not be for sale.”

After losing a recount to Prosser by about 7,000 votes, she conceded defeat and in 2012 was elected to the state’s District 4 Court of Appeals.

She had worked as a litigator and prosecutor with the state Department of Justice since 1989.

Crooks, who has sat on the court since 1996, said last year he would not seek re-election but recently said he is considering another 10-year term.

Meanwhile, Justice Shirley Abrahamson’s lawsuit over a new constitutional amendment that changes the method by which the court’s chief justice is selected continues to loom over the high court, which has become polarized and dysfunctional in recent years.

In May, Judge James Peterson, for the U.S. District Court for the Western District of Wisconsin, denied Abrahamson’s motion for a preliminary injunction.

She wanted Peterson to temporarily block her fellow justices from replacing her as chief justice.

Abrahamson held the title of chief justice from 1996 until late April, when Justice Patience Roggensack was selected as the new head of the court. Abrahamson, along with Crooks and Ann Walsh Bradley, objected to the vote.

Abrahamson has since filed a notice of appeal with the federal court over the judge’s denial; filed a motion for expedited appeal in the U.S. Court of Appeals for the Seventh Circuit; and a motion to stay proceedings pending appeal in the district court.

Last month, Peterson quashed the stay motion, but said he “welcomes” input from the Seventh Circuit.

The Seventh Circuit granted Abrahamson’s motion to expedite. Oral arguments most likely will be held the first week of its September session.