For first time ever, Federal Circuit overturns PTAB decision in an IPR 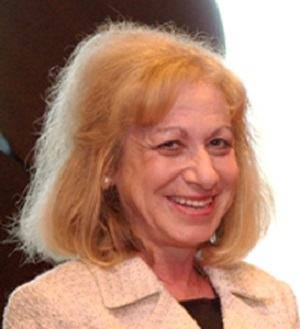 WASHINGTON (Legal Newsline) - The U.S. Court of Appeals for the Federal Circuit, for the first time ever, reversed and remanded a final inter partes review decision of the Patent Trial and Appeal Board last month.

The Federal Circuit, in its 28-page opinion, said the board had gone too far in its construction of claimed terms.

The PTAB is an administrative law body of the U.S. Patent and Trademark Office that decides issues of patentability. It was formed in September 2012 as part of the America Invents Act.

Writing for a three-judge panel of the Federal Circuit, Judge Sharon Prost urged that claim constructions be “consistent with the one that those skilled in the art would reach” and instructed the PTAB to “consult the patent’s prosecution history in proceedings in which the patent has been brought back to the agency for a second review.”

The appeal arose from an inter partes review, or IPR, of the ‘717 patent. IPR is a procedure for challenging the validity of a patent before the U.S. Patent and Trademark Office. The procedure, which allows third parties to challenge bad patents, is conducted by the PTAB.

According to court documents, the ‘717 patent relates to a system for increasing the speed of data access in a packet-switched network. The invention makes use of “digital digests” that act as short digital fingerprints for the content of their corresponding documents. By communicating the smaller digital digests in place of the documents themselves, the invention reduces the redundant transmission of data throughout the network.

The PTAB, in its decision, concluded that all of the challenged claims except claim 24 were unpatentable as anticipated or additionally as obvious.

Microsoft appealed the board’s determination that claim 24 is patentable. Proxyconn cross-appealed, challenging the PTAB’s use of the broadest reasonable interpretation standard of claim construction during IPRs, its unpatentability determinations and its denial of Proxyconn’s motion to amend.

Michelle Lee, then-deputy director and now director of the PTO, intervened for the limited purpose of addressing the board’s use of the broadest reasonable interpretation standard and its denial of Proxyconn’s motion to amend.

Although the Federal Circuit’s ruling is a setback for Microsoft, it could give patentees new hope that the court is taking a closer look at IPR decisions made by the PTAB.

Circuit Judge Alan Lourie and District Judge Rodney Gilstrap, for the U.S. District Court for the Eastern District of Texas, joined Prost in hearing the case. Gilstrap sat by designation.

Want to get notified whenever we write about Microsoft Corporation ?

Sign-up Next time we write about Microsoft Corporation, we'll email you a link to the story. You may edit your settings or unsubscribe at any time.