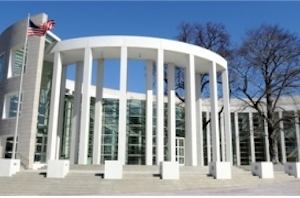 BOSTON (Legal Newsline) - A manufacturer of insulin infusion pumps is facing a class action lawsuit over allegations the company made false statements about a new product it was selling to customers.

Arkansas Teacher Retirement System filed the lawsuit on June 16 in United States District Court in Massachusetts against Insulet Corporation and its executives over the OmniPod system.

The lawsuit claims in May 2013 the company's former chief executive officer and named defendant Duane DeSisto praised the OmniPod system and claimed customers were giving “excellent” feedback on the product.

The OmniPod is an improved version of one of its insulin infusion systems, and is smaller and lighter than the original model.

The lawsuit claims the company was actually experiencing “significant manufacturing and quality issues with the new OmniPod.” As a result the company allegedly tried to conceal declining growth.

The plaintiffs in the suit are seeking class status for those who held Insulet stock between May 7, 2013, and April 30, 2015. The suit also seeks and unspecified amount in damages.

The plaintiffs are represented by Glen DeValerio and Leslie R. Stern of Berman DeValerio of Boston, and Avi Josefson of Bernstein Litowitz Berger & Grossman LLP in New York City.