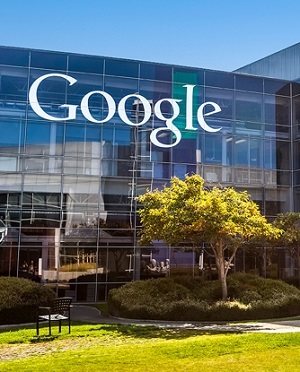 In March, Judge Henry Wingate for the U.S. District Court for the Southern District of Mississippi granted Google’s motion for a temporary restraining order and motion for preliminary injunction against Hood.

The judge’s order prevents the attorney general from enforcing subpoenas or bringing a civil or criminal charge against Google under state law, as threatened.

Hood filed an appeal with the U.S. Court of Appeals for the Fifth Circuit soon after.

In an amicus brief filed Monday, a vast majority of the nation’s state attorneys general say they agree with Hood in fighting the injunction.

“This is a case about the authority of state Attorneys General to exercise one of their fundamental powers: the ability to investigate potential violations of state law,” the attorneys general wrote in their 27-page brief.

“What should be a routine discovery dispute in Mississippi state courts, resolved under established state procedures has instead evolved into a contrivance for a company doing business in the state of Mississippi to invoke federal jurisdiction by asserting potential affirmative defenses to claims that have never been filed.”

The attorneys general argue that if Wingate’s order is allowed to stand, it would provide a “roadmap” for other potential wrongdoers subject to a legitimate state law enforcement investigation.

“With the Order as a guide, any target of a state investigation would be invited to conjure up potential federal defenses to yet-to-be filed civil claims and file a preemptive lawsuit in federal court against state law enforcement authorities,” they wrote. “Such an outcome would undermine Attorneys General’s powers, granted to them by state constitutions and state statutes, to protect the general citizenry from violations of state law.

“It would also flood the federal courts with what amount to state-law discovery disputes. And it should not be countenanced by this Court.”

The attorneys general contend they have an “overriding” interest in the case.

“Without taking any position on the likely outcome of the Mississippi Attorney General’s investigation into Google’s practices, the amici join this brief in strong support of the public interest in preserving the ability of state Attorneys General to investigate potentially unlawful and harmful conduct,” they wrote, urging the Fifth Circuit to vacate the federal court’s order.

Last fall, Hood sent a 79-page subpoena to Google. The attorney general has said he suspects the company is helping criminals through its search engine and autocomplete function. Hood also takes issue with the company’s sharing of YouTube ad revenue.

But Google, which filed its lawsuit against Hood in December, argues it can’t be held responsible for third-party content. It also believes the attorney general is in cahoots with movie studios to use legal action to obtain better piracy protection.

In his full written order March 27 -- a follow-up to his March 2 order granting Google’s motion for a TRO and preliminary injunction -- Wingate was highly critical of the attorney general, saying he could not “wage an unduly burdensome fishing expedition into Google’s operations.”