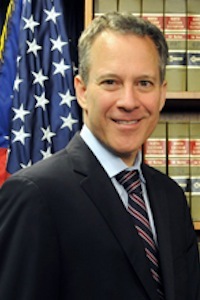 Schneiderman said the bank has modified some policies used to screen consumers applying for checking accounts, and will allow more customers to open those accounts. Additional changes include allowing holders of the Liquid Card, used by consumers who don't qualify to open a checking account, to pay bills online or have the bank mail checks for them at no additional charge.

“It is critical that low-income Americans -- and New Yorkers in particular -- have access to mainstream banking services,” the attorney general said. “These new actions on the part of Chase Bank will help expand access to low-cost financial services for consumers across the state.

"I look forward to working with additional banks to help consumers avoid financial services laden with fees and other penalties.”

Schneiderman said the new changes will allow card users to pay rent, utilities and other bills easily without having to use check-cashing outlets or money transmitters, which are usually a higher cost alternative.

Chase is the latest bank to overhaul its policies and offer more services to consumers. Schneiderman's office has previously reached agreements with Citibank, Capital One and Santander.