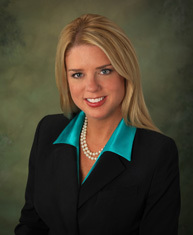 Bondi said the operation conducted by Payless Solutions tricked customers into signing up, and paying for, credit card interest rate reduction programs that turned out to be worthless. The calls were targeted mainly at seniors claiming to be calling from credit card services.

“These scammers were making illegal robocalls to people nationwide, some of whom were seniors on fixed incomes,” Bondi said in a statement. "Too often the services promised were never provided, and consumers faced even more credit card debt through charges made without their consent.

"My office, in partnership with the FTC, has shut down this illegal credit card interest rate reduction scam and brought those responsible under the control of a federal court receiver."

Payless allegedly would call consumers around the country claiming their programs could save at least $2,500 in interest rate reductions. Customers would pay Payless Solutions between $300 and $4,999 in up-front costs.

“Working with the Florida Attorney General, we’re shutting down a scam that blasted robocalls to older people and offered bogus solutions to relieve credit card debt,” said Jessica Rich, director of the FTC’s Bureau of Consumer Protection. “It’s illegal to sell products or services with out-of the-blue robocalls, and if you get one you can expect that the sales pitch is a lie, too.”