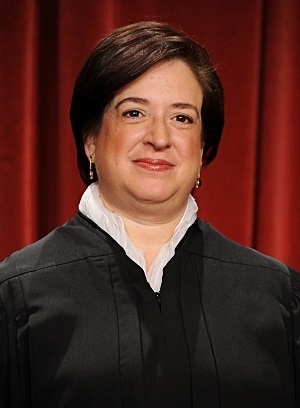 WASHINGTON (Legal Newsline) - The U.S. Supreme Court issued a number of much-anticipated rulings this week, including one that upheld a 50-year-old precedent governing patent licensing agreements.

In a 6-3 ruling, the justices affirmed the judgment of the U.S. Court of Appeals for the Ninth Circuit, refusing to overrule its 1964 decision, Brulotte v. Thys Co. Brulotte established rules governing enforcement of contracts entered into between patent holders and licensees.

“What we can decide, we can undecide,” Justice Elena Kagan wrote for the majority. “But stare decisis teaches that we should exercise that authority sparingly.”

Stare decisis is a legal principle by which judges are obliged to respect the precedent established by prior decisions.

“Scott Paper (Co. v. Marcalus Mfg. Co.) -- the decision on which Brulotte primarily relied -- remains good law. So too do this Court’s other decisions refusing to enforce either state laws or private contracts constraining individuals’ free use of formerly patented (or unpatentable) discoveries,” Kagan wrote.

“If Brulotte is outdated, then (for example) is Scott Paper too? We would prefer not to unsettle stable law.”

The majority added that nothing about Brulotte has proved unworkable.

“The decision is simplicity itself to apply,” Kagan wrote. “A court need only ask whether a licensing agreement provides royalties for post-expiration use of a patent. If not, no problem; if so, no dice.”

Kimble involved a dispute over royalty payments allegedly due the inventor of a web-shooter toy that allows a child to role play as Spider-Man.

The patent expired in 2010, but the inventor, Stephen Kimble, asserted a right to royalties for the toy that a Marvel Enterprises licensee still markets.

Marvel’s corporate predecessor had agreed to purchase Kimble’s patent in exchange for a lump sum plus a 3 percent royalty on future sales. The agreement set no end date for royalties.

Marvel, pointing to Brulotte, sought a declaratory judgment in federal district court confirming that it could stop paying Kimble royalties. The district court granted relief and the Ninth Circuit affirmed. Kimble appealed to the Supreme Court, asking it to overrule Brulotte.

The Washington Legal Foundation, a public interest law firm and policy center that filed a brief with the high court to uphold Brulotte, called the ruling a victory.

A decision overturning Brulotte would have “unnecessarily upset settled expectations” and spawn a “cottage industry” of lawsuits over long-expired licenses, WLF argued.

“In a world where patent trolls and rampant litigation funding thrive, ‘zombie’ litigation -- in which long-expired licenses are dredged up for new rounds of litigation -- would have been an all-too-likely result of a decision overturning Brulotte,” said Richard Samp, chief counsel for WLF.

“The court correctly concluded that overturning statutory-interpretation precedents is almost never appropriate when companies have been relying on them in entering into business transactions.”

Some academics, in recent years, have criticized Brulotte as “out of step” with modern approaches to patent and antitrust law.

But the Supreme Court, noting that criticism in its opinion, said any change in the rule should come from Congress, not the courts.