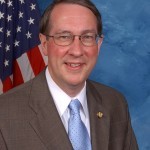 WASHINGTON (Legal Newsline) - Members of a House panel on Thursday approved one of the more aggressive pieces of patent reform legislation floating around Congress, the Innovation Act.

The U.S. House Judiciary Committee voted 24-8 in favor of H.R. 9, which was reintroduced by committee chairman Bob Goodlatte, R-Va., in February.

The vote came after what was described by some as a “marathon” markup of the legislation, in which 20 different amendments were proposed, including Goodlatte’s manager’s amendment.

Among those notable changes made to the bill was a new provision that would crack down on “unreasonable” venue shopping by so-called patent “trolls.”

The panel, during the markup, called out the U.S. District Court for the Eastern District of Texas, which over the years has become a plaintiff-friendly venue for patent lawsuits.

Other adjustments to the legislation included a rewrite of a provision that would limit early discovery and adding language to make sure universities won’t have to pay trolls’ legal bills.

Some other tweaks were made to heightened pleading requirements and the bill’s customer stay provision.

“At its core, abusive patent litigation is a drag on our economy and stifles innovation,” Goodlatte said. “It is a problem that impacts businesses and industries of all types and the jobs of the people who work for them, from the tech sector to the hospitality industry and even grocery stores. Everyone from independent inventors, to start-ups, to mid-and large-sized businesses face this constant threat.

“The tens of billions of dollars squandered on settlements and litigation expenses associated with abusive patent suits represent truly wasted capital -- capital that could have been used to create new jobs, fund research and development, and create new innovations and technologies.

Reaction to the bill’s committee passing was mixed.

The Software and Information Industry Association, the principal trade association for the software and digital content industries, applauded the panel’s approval.

“Today’s action was an important step forward for patent reform and a positive sign that Congress can get patent litigation abuse legislation passed this year,” SIIA Vice President of Public Policy Mark MacCarthy said. “Abusive patent litigation is a significant drain on the American economy and it is doing real harm to innovation in our country.

“In particular, we were pleased to see that the committee was able to come to an agreement on venue and discovery, and that members expressed a commitment to address the pleading provision. We are also thankful to the committee for maintaining the existing inter partes review (IPR) program.”

The United for Patent Reform coalition -- a vocal supporter of the House legislation -- said it believes the “carefully crafted” compromises on venue and discovery will have a “significant” impact in deterring abusive litigation.

“The coalition is grateful to the committee for recognizing the scope of the damage caused by patent trolls and the need for Congress to take swift action to address the issue with a package of reforms designed to inhibit the patent troll business model and create a fair legal system for American businesses,” it said in a statement.

The Consumer Electronics Association called the bill “balanced” and “common-sense,” noting the changes made to venue, discovery and pleading provisions.

“The money that a business must spend on legal bills to fight off trolls is funding it can’t invest in developing new products or creating new jobs,” CEA President and CEO Gary Shapiro said. “The Innovation Act will stop this legalized extortion of American innovators and free our small businesses from the burden of bogus lawsuits.”

The Application Developers Alliance also expressed its support for the venue provision, which makes it so a non-practicing entity can only file lawsuits in courts that are located where it or the defendant has legitimate standing.

However, the group said the bill still does not address the problem of abusive patent demand letters or vague lawsuit pleadings.

The alliance wants NPEs to disclose all details of infringement assertions early and accurately -- in demand letters and in judicial complaints.

Other groups contend even more improvements need to be made before the bill can hit the House floor.

“While we appreciate the spirit of H.R. 9 and share the mutual goal of deterring abusive behavior plaguing our patent litigation system, we cannot support the bill in its current form,” said Bobby Franklin, president and CEO of the National Venture Capital Association. “Absent additional modifications, we believe H.R. 9 will create unintended consequences that will discourage investment in innovation and entrepreneurship by making it more difficult for any patent-reliant startup to defend their intellectual property.

“The net result would have a chilling effect on the innovation ecosystem, threatening the crown jewel of the broader U.S. economy and a key driver of American job creation.”

Brian Pomper, executive director of Innovation Alliance, a group made up of research and development-focused companies, contends the bill needs “significant work” before it can move forward.

“Despite concerns raised by a broad coalition of universities, inventors, manufacturing technology and life science companies, venture capitalists, startup communities and others, as well as bipartisan concerns raised by members of Congress, the bill still includes numerous overly-broad and harmful provisions that need to be addressed,” he said.

“In its current form, the Innovation Act would dramatically weaken intellectual property rights, crippling the ability of legitimate patent owners to protect their ideas and undermining innovation and job creation in our country. It would increase the time and cost of all patent litigation, making life harder for inventors and investors and easier for patent infringers, including foreign competitors in China and other countries with weak patent protections.

“We urge Congress to either fix the troubling provisions in this bill or pursue alternative targeted legislation, such as the TROL Act in the House or the STRONG Patents Act in the Senate, that would address abuses while strengthening our critical patent system.”

Erik Telford, president of The Franklin Center for Government and Public Integrity, had even stronger words for the legislation, saying it represents “everything that’s wrong in American politics today.”

“It’s discouraging and disappointing to see members of Congress capitulating to President Obama’s efforts to advance the interests of his Silicon Valley cronies, like Google and his other campaign donors, to push legislation that will severely undermine American innovation,” he said. “That is why voices across the ideological spectrum have spoken out against the attempts to rush passage of this so-called reform.

“The solutions being proposed are like demolishing your house because your dishwasher is broken. To be sure, there are necessary reforms which can and should be made to target nefarious actors in the patent space.”

“We must protect property rights through policies that advance the interests of all American inventors, driving economic growth for our own country, not those of rivals like China,” he said.

It’s unclear when the bill will head to the House floor.

Significant differences remain between the legislation and PATENT Act -- in particular, a fee-shifting provision.

Both lawmakers and stakeholders have said the Senate version is more balanced.

To watch a webcast of the markup, view the amendments proposed during Thursday’s hearing or see a complete list of who voted for and against the bill, click here.