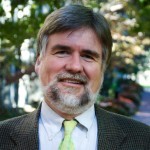 But Geyh, who has known Abrahamson for 35 years, doesn’t believe filing a lawsuit over the change -- albeit, a politically-motivated one, he contends -- serves the greater good.

“The former chief justice has always been a fighter,” said Geyh, who specializes in judicial conduct, independence and administration at IU. “And I understand her impulse when confronted with such a partisan-motivated undertaking. I get why she would file a lawsuit and fight it.

“On the other hand, I think you have to take a broader view and look at where the Wisconsin Supreme Court is right now. For reasons that are not due to the fault of Abrahamson, it has become so polarized and so dysfunctional that I worry the road to recovery is going to be a tough one -- and one that surely doesn’t feature a lawsuit filed by its former chief justice.”

He continued, “Unfortunately, it’s just another episode in a series of episodes.”

Abrahamson, who is an alumna of IU’s Maurer School of Law, sued days after Wisconsin voters adopted a new constitutional amendment that changes the method by which the state high court’s chief justice is selected.

Last month, Judge James Peterson, for the U.S. District Court for the Western District of Wisconsin, denied Abrahamson’s motion for a preliminary injunction.

She wanted Peterson to temporarily block her fellow justices from replacing her as chief justice.

Abrahamson held the title of chief justice from 1996 until late April, when Justice Patience Roggensack was selected as the new head of the court. Abrahamson, along with justices N. Patrick Crooks and Ann Walsh Bradley, objected to the vote.

But Peterson wrote in his order that Abrahamson couldn’t show “any actual harm” that would befall the court system without an injunction.

Abrahamson has since filed a notice of appeal with the federal court over the judge’s denial; filed a motion for expedited appeal in the U.S. Court of Appeals for the Seventh Circuit; and a motion to stay proceedings pending appeal in the district court.

On Thursday, Peterson quashed the stay motion, saying the plaintiffs do not meet the criteria. But the federal judge said he “welcomes” input from the Seventh Circuit.

On Friday, the Seventh Circuit granted Abrahamson’s motion to expedite. Oral arguments most likely will be held the first week of its September session.

The justice has since asked the federal appeals court to issue an order staying further proceedings in the district court pending interlocutory appeal.

Geyh, who was admittedly reluctant to weigh in on the merits of the lawsuit, said he wouldn’t classify Abrahamson’s lawsuit as frivolous.

“I think the idea you have a property interest in your position as chief justice is not frivolous,” he said. “I’m a little more skeptical of the claim that the public or voters who voted for her have an expectation of her serving as chief justice.”

The professor said he believes politics are much to blame.

“I’m really conflicted about this,” he said. “Here she is fighting a change in law that is relatively common elsewhere. If you think about it, it probably makes more sense to have the court choose its chief than have the old guy win. So, I think in the abstract, you can make a pretty good case as to why that change is a good one.

“But what gives me heartburn is that it’s pretty clear that isn’t the reason the state decided to make the change now. The impetus was nakedly partisan politics.”

Abrahamson is considered one of the most liberal on the court in a state now headed by mostly conservative officials.

“In almost every other state, I think it’s a fine approach to take, but most other state supreme courts are highly collegial institutions,” Geyh said. “But I think, in Wisconsin’s case, they’re doing it for the wrong reasons.

“I just think it’s a sad thing that it’s come to this. This court was once a well-regarded example of how to run a state supreme court.”

But filing a lawsuit isn’t going to fix the problem, Geyh said.

“I think the key to the future of the court is to find a way to restore a certain amount of balance -- not ideological, but collegial balance,” he said. “We’re at a point right now that it’s completely dysfunctional.

“And it might be unfair of me to say, but, for the good of the court, the filing of this lawsuit was not needed. It’s just adding to the pile.”

And it’s unlikely Abrahamson will prevail, Geyh said, pointing to Peterson’s ruling on the preliminary injunction.

Not to mention she’s having to tackle a constitutional amendment, he said.

“I would not bet money on the likelihood that they’re going to rule that the amendment has been applied in an unconstitutional way,” Geyh said.

The one bright spot for the former chief justice, the professor contends, is the issue of the amendment’s retroactive application.

“Can the amendment be interpreted in such a way as not to be applied retroactively? That’s an issue I don’t have a clear sense for, but it could be one area to maneuver,” he said.

Of course, its application should have been made more clear from the onset, Geyh noted.

“The key word is ‘should,’” he said. “When you’re going to amend a state constitution, you should be crystal clear. Don’t give rise to uncertainty.

“Especially when everyone understands that the result has the potential to end in a heated dispute, like it did here.”