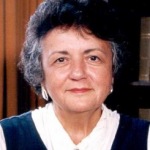 On May 27, Abrahamson, who sued days after Wisconsin voters adopted a new constitutional amendment that changes the method by which the state high court’s chief justice is selected, filed a notice of appeal with the U.S. District Court for the Western District of Wisconsin over Judge James Peterson’s decision to deny her motion for a preliminary injunction.

Abrahamson, who held the title of chief justice since 1996, wanted Peterson to temporarily block her fellow justices from replacing her as chief justice.

But the judge wrote in his order that Abrahamson couldn’t show “any actual harm” that would befall the court system without an injunction.

In response, on June 2, Abrahamson’s lawyer, Robert S. Peck of the Center for Constitutional Litigation PC, filed a motion for an expedited appeal in the U.S. Court of Appeals for the Seventh Circuit.

“The attempt to import a mandate to force Abrahamson to vacate the office plainly imposes arbitrary, disparate and unwarranted disabilities on the votes of her supporters,” he argued in the motion.

The same day, Peck filed a motion to stay proceedings pending appeal in the Western District of Wisconsin.

Peterson quickly quashed the motion, writing in an order Thursday that the plaintiffs do not meet the criteria for a stay.

However, the federal judge said he “welcomes” input from the Seventh Circuit.

“The parties -- including plaintiffs -- agreed to an expedited schedule that will allow me to reach a prompt decision on the merits. No matter what my decision is, I expect that it will be appealed,” Peterson wrote in his order. “The sooner the merits of this case get to the court of appeals, the better for all concerned.

“The bottom line is that rendering a well-considered but very prompt decision is the best thing that I can do for the parties and for the citizens of Wisconsin.”

On Friday, the Seventh Circuit granted Abrahamson’s motion to expedite “only to the extent that this court will schedule oral argument in this appeal during the first week of the September 2015 session.”

Also Friday, Abrahamson and the other plaintiffs -- a group of registered voters who say they support the former chief justice -- asked the Seventh Circuit to issue an order staying further proceedings in the district court pending interlocutory appeal.

“Staying further district court proceedings pending Plaintiffs’ appeal is not merely appropriate but, in fact, necessary to prevent the district court from mooting the issue being appealed before it ever reaches this Court,” Peck wrote for the plaintiffs.

Abrahamson served as the high court’s chief justice until late April, when Justice Patience Roggensack was selected as the new head of the court.

Abrahamson, along with justices N. Patrick Crooks and Ann Walsh Bradley, objected to the vote.

State officials who are named defendants in the case have asked the federal court to dismiss the justice’s lawsuit.

In a brief filed Thursday, they said they oppose a stay, calling it and Abrahamson’s appeal, in essence, a “delaying tactic” to avoid a final decision by the federal court.