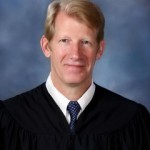 NEW ORLEANS (Legal Newsline) – A group of plaintiffs’ attorneys who helped bankroll the election of Louisiana Supreme Court Justice Jeff Hughes are opposing a motion to recuse him from their cases currently being considered by the state’s high court.

In April, attorneys for ExxonMobil Corp., BP America Co. and Chevron Corp., which have two cases pending in front of the Louisiana Supreme Court, filed a motion to recuse Hughes on the grounds that plaintiff’s lawyers in the cases gave $775,000 in political donations in support of the Justice through a political action committee they controlled.

The oil company attorneys filed campaign finance records with the court showing the Citizens for Clean Water and Land PAC made “careful and deliberate” campaign contributions and third party independent expenditures to support Hughes’ election to the state’s high court, spending around $500,000 on television advertising, radio broadcasts and direct mail in support of Hughes.

According to state campaign finance records, more than 90 percent of the money the PAC raised came from a cadre of plaintiff’s lawyers pursuing so-called “legacy lawsuits.” These specialized lawsuits, which are unique to Louisiana, involve alleged environmental damage arising from onshore oil production that occurred decades or even generations before. The Louisiana Supreme Court has been an important battleground for reform efforts as it has routinely struck down attempts by the state legislature to more tightly control how legacy lawsuits are handled.

In their request to recuse Hughes, the attorneys working on behalf of the oil companies said the support he received from Carmouche and others would have an undue influence on his decisions.

“A reasonable, objective analysis of the circumstances at issue leads to the inevitable conclusion that Justice Hughes has a pre-existing inclination toward the plaintiff’s counsel,” the recusal motion states.

In their opposition to the recusal motion, the Carmouche firm and other plaintiffs’ attorneys involved in the cases disputed the effect their large donations had on the Hughes’ election. Though campaign finance records do not reflect it, in their opposition plaintiffs’ attorneys said the Carmouche-controlled PAC spent nearly $300,000 promoting other issues.

Carmouche and the other plaintiffs’ attorneys also argued the PAC spending occurred independent of Hughes.

“[I]ndependent expenditures are expenditures that are not made in cooperation, consultation or concert with, or at the request or suggestion of, a candidate,” the Carmouche court filing says. “PACs can also make expenditures in connection with ‘issue ads’ that do not expressly advocate the election or defeat of a clearly identified candidate.”

In their motion, Carmouche and the other plaintiff attorneys argued that judicial recusals are reserved for only the most “exceptional” and “extreme” cases of potential bias. The two oil company suits, the plaintiffs said, do not rise to that standard.

The plaintiffs’ attorneys motion also argues that only about 60 percent the $360,025 that Talbot, Carmouche & Marcello provided to the PAC was spent during the Hughes race, which in their judgment is “far, far less than the amount” than what should prompt a bias claim.

In an interview with the Louisiana Record, Carmouche disputed the notion that campaign support directly translates to bias.

“You take an oath as a Supreme Court justice of the State of Louisiana to be fair and impartial,” Carmouche said. “If we are saying they cannot then we are saying the whole system is flawed.”

According to court records, Hughes himself has not yet responded to the recusal requests.