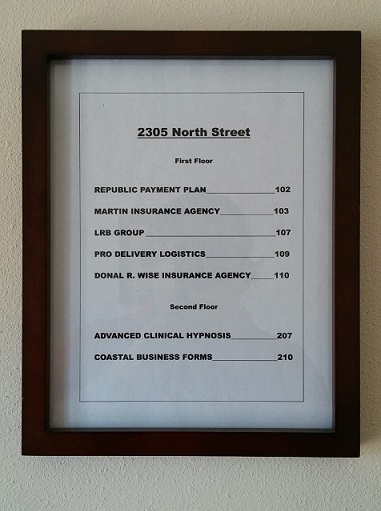 BEAUMONT, Texas (Legal Newsline) - A Texas-based company filed nearly 50 lawsuits against insurers, airlines, grocers and various other companies in just seven days, claiming they are infringing on two of its patents.

A week later, the company filed another 25 lawsuits against various airlines, grocers and other companies. Air Canada, Allegiant, American Airlines, JetBlue, Kroger, Target, eBay and FedEx were named, among others.

All 49 lawsuits were filed in the plaintiff-friendly U.S. District Court for the Eastern District of Texas.

The non-practicing entity, for which a website or a phone number could not be found, alleges the insurers are infringing on U.S. Patent No. 5,513,126 entitled “Network Having Selectively Accessible Recipient Prioritized Communication Channel Profiles” through their websites.

Loramax, according to its complaints, is located at 2305 North St., Suite 205, Beaumont, Texas 77702. However, a listing for the company could not be found on the office building’s directory and its office was locked on Monday when a reporter visited.

The ‘126 patent, according to documents attached to the complaints, was filed in 1993 by a group of inventors from New York and later assigned to Xerox Corp.

The patent, which was issued by the U.S. Patent and Trademark Office to Loramax in 1996, is described as a method for a sender to automatically distribute information to a receiver on a network using devices like printers or fax machines and communication channels, such as email.

In its May 15 filings against the airlines and grocers, the NPE accuses the defendants of infringing on U.S. Patent No. 5,689,642 entitled “Recipient Prioritized Communication Channel Profiles.”

The ‘642 patent, like the ‘126 patent, is described as a method for a sender to automatically distribute information to a receiver on a network using printers, fax machines and email.

The ‘642 patent was filed in 1995 by the same group of New York inventors and later assigned to Xerox Corp. It was issued by the PTO to Loramax in 1997.

Like its previous filings, Loramax alleges the companies are illegally using the ‘642 patent through their websites.

Attorneys for Loramax, Jaspal Hare and Bryan Haynes of Dallas law firm Scheef & Stone LLP, could not be reached for comment on the lawsuits.


From Legal Newsline: Reach Jessica Karmasek by email at patents@legalnewsline.com.