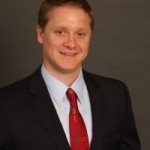 NEW YORK (Legal Newsline) - Asbestos cases that are consolidated for trial in New York City’s asbestos docket result in larger jury awards, according to a study by an economic consulting firm.

The study by Washington, D.C.-based Bates White, which was presented last year to players in the world of mass tort litigation, came on the heels of the New York City Asbestos Litigation docket, or NYCAL, being named last year’s No. 1 Judicial Hellhole by the American Tort Reform Association in its annual report.

The distinction is reserved for jurisdictions across the country pegged as badly in need of civil justice reform.

The Bates White study found that the average plaintiffs’ award in asbestos cases under NYCAL’s jurisdiction was higher when the cases were consolidated into one trial as opposed to being split into individual trials.

Defense lawyers contend the practice of consolidation is being used as a mechanism through which to force defendants into settling cases, while plaintiffs attorneys maintain consolidation can help promote judicial economy by utilizing fewer resources and taking up less of the court’s time.

Some lawyers representing asbestos defendants agree that consolidation can serve a purpose, but they assert that the process in NYCAL is being used inappropriately.

“Consolidation is not always wrong or bad if it is done in a fair way that really does promote judicial economy,” said attorney Mark Behrens, a partner with Washington, D.C.-based Shook, Hardy & Bacon.

But what’s going on in the Big Apple is not an example of an appropriate use of consolidation, he argued.

“The only thing that’s being achieved is pressuring defendants to settle,” Behrens said.

Behrens said the figures in the Bates White study are quite telling.

They clearly show that when cases are joined together for trial, the outcome is larger awards.

Spanning trials that occurred from 2010-14, the figures showed eight individual plaintiffs received nearly $28 million combined for an average award of $6,958,250.

In consolidated cases, however, that figure jumped to an average award of $24.1 million. Thirteen plaintiff verdicts produced a total of $313,500,000.

Others, however, see things differently.

Seth Dymond, a plaintiffs attorney with the New York City firm Belluck & Fox, said “empirical” evidence, such as the information used by the authors of the Bates White study, doesn’t take into account all factors used in measuring verdicts.

The Bates White numbers are skewed, Dymond argued, because they don’t take into account the pain and suffering of each of the individual defendants.

Dymond is convinced that consolidation serves a purpose.

The process relieves the courts of the burden of having to hold individual trials in similar cases, and it also relieves the parties involved of litigation-related expenses, he said.

“I don’t think there’s large enough verdicts to reach that conclusion,” he said.

Dymond noted that some consolidated cases in New York had lower jury verdicts than those reached in individual trials.

If one looks at all of the recent decisions arising out of consolidated cases in New York, it’s clear that judges have been “extremely circumspect and judicious as to how they’ve consolidated cases,” Dymond said.

In fact, there have been recent cases in which judges refused consolidation precisely because of the potential for prejudice or because of varying individual issues in each of the cases, he said.

Tom Stebbins, however, isn’t buying it.

The executive director of the Lawsuit Reform Alliance of New York says that the data shows that the process of consolidation in NYCAL “unfairly favors plaintiffs.”

Part of the problem, Stebbins said, is that a consolidated trial model “takes an assembly line approach to justice.”

Plaintiffs attorneys tend to pull the “best” parts of each one of their clients, such as those with the most injuries or the “cutest kids,” and they “bundle them all together to create this sort of Franken-plaintiff,” Stebbins said.

“I think that’s why NYCAL is the number one judicial hellhole … because the consolidations are of such disparate plaintiffs, and I think that’s what’s the most troubling of it all,” Stebbins said. “Our justice system shouldn’t be a one-sized-fits-all approach.”

Stebbins said it’s not surprising that the plaintiffs bar is OK with New York’s consolidation process.

“If you could rob five banks at once of course you would,” he said.

One of the author’s of the Bates White report, Peter R. Kelso, told Legal Newsline that figures show jury awards in NYCAL are between three and four times the national average.

During his research Kelso discovered that consolidation wasn’t having its intended effect. Namely, it wasn’t really saving the court that much time and expense, he said.

For example, jury selection for consolidated trials was taking longer and judicial resources weren’t all that spared, he claims.

“They’re not getting the results I think they intended,” Kelso said.

Kelso pointed out that many jurisdictions across the country are actually either severely restricting the circumstances under which consolidation can be used or outright banning it.

In “The Consolidation Effect: New York City Asbestos Verdicts, Due Process and Judicial Efficiency,” a piece Kelso participated in that was published in April’s Mealey’s Asbestos Bankruptcy Report, it was noted that consolidation has been restricted in Michigan and Ohio by their respective state supreme courts while the process has been outright banned by statute in Texas, Kansas and Georgia.

Consolidation is also not utilized in Madison County, Illinois, the jurisdiction with the largest number of annual asbestos filings, and it has been strictly limited in places such as Delaware, San Francisco, Baltimore and Philadelphia, the report states.

According to the report, consolidation in NYCAL began in the 1990s due to the large influx of non-malignant asbestos cases and sought to stem the tide of such filings by resolving the cases collectively.

The report notes that 10 of the NYCAL consolidated plaintiffs’ awards since 2010 have been reduced on remittitur by an average of nearly 75 percent, with two such awards being vacated on appeal.

By contrast, none of the four plaintiff verdicts awarded in NYCAL individual trials during that same time period were remitted, with remittitur still pending in one case, the report states.

“Today … NYCAL lags other courts in terms of its administrative procedures and appears to be operating on principles that apply to litigation standards of decades ago,” the report states.

“Despite other courts around the nation going away from practices such as consolidation and the consideration of punitive damages, NYCAL currently administers its docket with both of those practices in place, despite evidence that the application of each procedure has made NYCAL an outlier.”

The report also shows that a handful of plaintiffs firms seem to have been cashing in on consolidation in NYCAL.

According to the report, the firm Weitz & Luxenberg filed 52 percent of mesothelioma cases in NYCAL between 2011 and 2014 while it filed 71 percent of asbestos lung cancer cases during that same time period.

The authors also argue that consolidation is a “manifest denial of due process,” with one of the primary concerns leading to unfairness in consolidation of cases being juror confusion.

“Aside from the overwhelming mass of information and the impossible task of keeping the facts of each plaintiff’s case separate and distinguishable, the significant prejudice resulting from lumping together different types of diseases cannot be underestimated,” the report reads.

“When a jury is required to assimilate testimony about two or more different diseases, the results can be highly prejudicial to defendants.”

In his interview with Legal Newsline, Kelso said, “I think the statistics are pretty apparent that it appears consolidation is impacting jury behavior at NYCAL.”