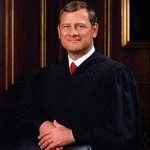 On Monday, the nation’s high court denied a petition for a writ of certiorari filed by those targeted by the investigation.

The justices, in their 13-page order list, did not provide any explanation for their decision in O’Keefe v. Chisholm.

In September, the U.S. Court of Appeals for the Seventh Circuit reversed an injunction granted by U.S. District Judge Rudolph Randa that stopped Milwaukee District Attorney John Chisholm’s investigation into Walker, who is now eyeing a 2016 run for President.

The court denied the en banc rehearing petition. In January, the group filed a petition for review with the Supreme Court.

Joseph Russell, attorney for special prosecutor Francis Schmitz, said in a statement that the court’s decision to not hear the case represents a “complete victory” for Schmitz and his team.

“The order of the Supreme Court confirms that this decision is now final and unappealable,” he said.

“The arguments and defenses we have asserted on behalf of Mr. Schmitz since this case was filed were adopted in their entirety by the Court, and those findings will not be reviewed by the Supreme Court.

However, the Wisconsin Supreme Court hasn’t yet made its decision in a consolidated John Doe-related case.

In December, in separate but related state litigation, the state Supreme Court agreed to take up petitions originally filed in the court last February and others.

Three lawsuits have been filed; two by unnamed parties challenging the investigation’s validity and another by prosecutors looking to reinstate subpoenas.

The petitioners argue they have done nothing illegal and have free-speech rights, while prosecutors contend the groups did not operate independently of Walker’s campaign.

The state Supreme Court said it will decide the matter on briefs. A ruling is expected this summer.