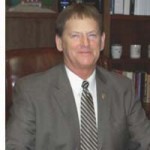 During his visits, Denison hears how concerned those companies are over the high Workers’ Compensation costs in the state.

“Nestle is not only spread out through the country, but they are an international company,” Denison said. “Corporate is very aware of workman’s comp costs in each state, so the plant manager here in Jacksonville is also very aware of those costs.”

Denison also hears from companies that are considering a move to Illinois. If those companies ultimately choose to expand or relocate somewhere else, he follows up to find out how they reached their decision.

Jacksonville is located in Morgan County in west central Illinois and has a population of around 20,000. Wikipedia says that it is home to the Eli Bridge Co., manufacturer of Ferris wheels and other amusement rides such as the Scrambler.“Inevitably, Workman’s Comp is one of those factors, because our Workman’s Comp costs were much higher than X,Y,Z,” he said.

According to a 2014 study by the Oregon Department of Consumer and Business Services, Illinois ranks seventh in Workers’ Compensation premium costs. Even though Illinois ranked fourth in 2012, businesses and their supporters say the state needs to do more to continue lowering costs and to stay competitive with other states.

In recent months, Gov. Bruce Rauner has answered their calls by proposing to reform Illinois’ Workers’ Compensation law. While he has yet to announce the specifics of new legislation, possible reforms have already been widely discussed and debated by parties on both sides of the issue.

Just last week, House Speaker Michael Madigan convened a rare committee of the whole hearing to elicit testimony from those interested in the issue of Workers’ Compensation reform. Greg Baise, president and CEO of the Illinois Manufacturers’ Association, testified at the hearing, pointing out that Illinois could stop rising Workers’ Compensation costs by also reducing its medical costs.

“We allow for a very high medical fee schedule – meaning what we pay doctors, hospitals, rehabilitation services – in Illinois, compared to other states,” he said. “In fact, of those states that have medical fee schedules, we have the fourth highest in the nation.”

Baise also contends that Illinois should include a “causation standard” in its Workers’ Compensation law. He explains that in Illinois, a business could now be fully responsible for rehabilitation of an injury that may have been exacerbated by a worker’s job, but not directly caused by that worker’s job.

Michael Lucci, director of jobs and growth at the Illinois Policy Institute, agrees that in addition to establishing a “causation standard,” specific definitions for “traveling employee” and “body part” need to be included in any potential Workers’ Compensation legislation.He wants the new law to mandate that at least 50 percent of a worker’s injury must be related to work done for his or her employer in order to receive compensation.

For example, Lucci says, in one case, a worker slipped and broke his tailbone on his snow-covered driveway. Because he was walking to his car – and on the way to work – when he fell, he was considered a “traveling employee” and given Workers’ Compensation for his injury.

He also explains that in Illinois’ current Workers’ Compensation law, “hip” and “leg” are defined as two different things. So, he says, if a worker injures his or her hip and leg in the same incident, the worker receives two different payouts.

“If you’re an insurance company, and you don’t know a clear definition of something, you have to write an expensive premium," he said.

Critics of Rauner’s proposal, like John Cooney, a partner at Cooney & Conway and president of the Illinois Trial Lawyers Association, argue that business groups have already pushed through legislation that was intended to decrease Workers’ Compensation costs for Illinois employers.

In 2011, the Illinois General Assembly made several changes to the state’s Workers’ Compensation law, including cutting medical fee schedules by 30 percent and limiting employees’ ability to choose medical care providers and rehabilitation counselors.

Cooney contends that insurance companies promised to reduce insurance premiums by 20 percent in exchange for these changes in the law.

“When that didn’t occur, and it hasn’t occurred, I think the first question would be, why not?” he said. “Why are Illinois employers not getting the benefit of the cuts that were made that were very difficult for working people?”

Cooney adds that new Workers’ Compensation legislation should be off the table until the Rauner administration investigates why savings from the last cuts were not passed to Illinois employers.

Baise points out that many Illinois Manufacturers’ Association members have reported a leveling off of their Workers’ Compensation costs. Even though they haven’t realized the expected 20 percent savings, he says, that leveling does show that the changes made in 2011 were positive ones.

However, Baise says, Illinois still needs to do more to keep existing businesses and attract new ones. As an example, he points to Edsal Manufacturing Co., an Illinois-based industrial shelving company that announced in April that it will expand in northwest Indiana.

“Workers’ Comp is cited as an example of why they are moving their facility from the south suburbs across the state line to Indiana,” Baise said. “Most of their employees won’t even have to move. They will just drive further.”

He added that large companies like Caterpillar have also cited Workers’ Compensation costs as one of the reasons why they haven’t built new facilities in Illinois.

However, Cooney remains unconvinced that high Workers’ Compensation costs are pushing businesses out of the state.

“Any time anyone wants to get what they want, they say it’s a terrible business climate,” he said. “Illinois companies have just reported profits. Caterpillar reported profits of $1 billion in the last 90 days…It’s not businesses that are having some big problem.”

The new Workers’ Compensation bill is expected to be proposed in the coming months, potentially as part of Rauner’s larger plan to turn around the economy in Illinois.