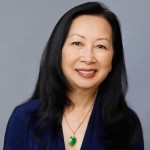 EAST PALO ALTO, Calif. (Legal Newsline) - As the number of bills aimed at reforming the nation’s patent system continue to pile up in Congress, one Silicon Valley company argues that a more commonsensical approach to the perceived "patent troll” problem is needed.

Finjan, a cyber security technology company that became a publicly-traded company in 2013 and has shifted its focus to licensing its intellectual property, has spent the better part of a year crafting a list of “best practices.”

It’s been sharing the list with -- not lobbying, it emphasizes -- federal lawmakers in hopes of fostering good patent behavior.

“What we realized about a year and a half ago is that we’re talking about a few bad actors,” said Finjan CEO Phil Hartstein, an inventor himself.

The company has a unique perspective in that it started out in software, made the switch to hardware and then, in recent years, turned to licensing.

“Patents are the key to growth in the economy,” Hartstein said. “But licensing should continue. It needs to continue.”

The ongoing rhetoric about "patent trolls” -- those patent assertion entities or non-practicing entities that purchase groups of patents without an intent to market or develop a product and then target other businesses with lawsuits -- is more political than it is constructive, the CEO argues.

“I think it’s gotten a little out of control,” Hartstein said, adding that the system isn’t fundamentally broken, as some argue.

“My biggest fear is that the folks who don’t understand the complexity of the patent system are the very ones who are ‘tweaking’ without understanding the effects.”

The Innovation Act, re-introduced by U.S. Rep. Bob Goodlatte, R-Va., earlier this year, is a prime example, he said.

“I think it would be disastrous,” Hartstein said of the legislation and its possible passage.

“There are due process questions, constitutional issues not being addressed. The way the provisions are written, presumption is on the plaintiff.”

Reform, he said, cannot be one-sided.

That’s where Finjan’s list of seven best practices comes in, he said. His company pledges to:

- Ensure focused licensing and enforcement programs pursuing the provider of the patented technology and not its customers, consumers or end users;

- Conduct reasonable diligence to determine a patent’s enforceability and use with respect to prospective licensees, and make that information available to them;

- Respect procedural rights and judicial efficiency in the courts and in the prosecution and protection of IP behind the innovation;

- Be transparent with the intent in each discussion, and articulate the cause and effect scenarios which would prompt a shift in communication and an escalation of each discussion;

- Offer fair value licenses or settlements based on legitimate factors and considerations; and

- Commit to keeping lines of communications open between the patent owner and prospective licensee to preserve a path for the parties to find an amicable solution or resolution for their respective businesses.

Hartstein said the list, which was formally rolled out in October but won’t really be “off and running” until January, has the power to be “transformative.”

Julie Mar-Spinola, Finjan’s chief intellectual officer and who recently was appointed to the Patent Public Advisory Committee of the U.S. Patent and Trademark Office, agreed.

Mar-Spinola joined Finjan in February 2014, when the company was in the early stages of going public.

While she has practiced patent law for close to 30 years, this was the first time she was employed by a company that didn’t make a product.

“So I was particularly sensitive to it,” she said of the need for the best practices.

Mar-Spinola, along with Hartstein, looked at the complaints about non-practicing entities and so-called patent “trolls.”

Much of the problem, she contends, boils down to bad behavior.

“So we wanted to make sure and commit that we would not do those things,” she said.

For example, hiding ownership of a patent or hiding the company name is not permitted under their standards, Mar-Spinola said.

“We are very clear,” she said. “Our entire portfolio is homegrown. But we include a statement about our ownership in our communications with prospective licensees and in our complaints, in the event we have to enforce through litigation.”

And demand letters are notice letters, she said.

“Our best practice is we provide all of the information: why we’re approaching them, claim charts, etc., and instead of saying this is how much money you have to pay us, we invite them to sit down with us,” she explained.

“We give them an opportunity to tell us where our analyses are wrong. We are focused on working through the merits of the case, as opposed to the assumption.”

In its notice letters, Finjan also includes a non-disclosure agreement.

“By entering into this mutual agreement, both parties can figure out if there’s a business solution,” Mar-Spinola said.

The company also has vowed not to enforce patents against end users, or customers.

“Our livelihood really can turn on how this reform comes out,” Mar-Spinola said. “If reform is needed, so be it. But lawmakers have to look at not just the business model, but also the behavior.”

So far, their list has been pretty well-received by federal lawmakers, she said.

“They’ve heard plenty of complaints about what’s wrong with the patent system and patent ‘trolls,’ but they always tell me that no one has ever come to them with a solution,” she said.

“Maybe this is a solution, or part of the solution.”

At the very least, the company is giving them an education, Mar-Spinola said.

“We’re not lobbying for Finjan’s interest,” she explained. “We want lawmakers to understand the practical aspects -- that there are a lot of entities that have legitimate patent rights.”

That includes larger companies and smaller ones, she noted.

“Patent reform should not go to one extreme, where we end up punishing the small companies, start-ups and individual inventors,” Mar-Spinola said.

“What they’re proposing right now would create a second class of patent owner.”