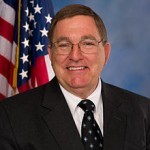 The committee’s vote, 30-22, comes a week after the Commerce, Manufacturing and Trade Subcommittee voted to move forward with the patent reform legislation.

The proposed bill, also referred to as H.R. 2045, offers what some call a “balanced solution” to the demand letter problem -- the crux of the current patent reform debate.

Such letters are often sent by so-called patent “trolls” in an attempt to enforce or assert rights in connection with a patent or a pending patent.

Patent trolls, or “bad actors,” are those patent assertion entities or non-practicing entities that purchase groups of patents without an intent to market or develop a product and then target other businesses with lawsuits.

The TROL Act aims to protect businesses while preserving the ability of patent holders to legitimately protect their intellectual property by increasing transparency and accountability in demand letters. It also would give the Federal Trade Commission and state attorneys general the authority to levy fines on bad actors.

“This legislation takes on a costly scam that, by many accounts, continues to worsen,” said subcommittee chairman Michael Burgess, R-Texas.

The Coalition for 21st Century Patent Reform, also known as 21C, and the Innovation Alliance have said they strongly support the legislation.

“The TROL Act represents a targeted, balanced and effective solution to addressing a serious problem that is plaguing businesses across our country,” the coalition said in a statement. “It is the product of a carefully crafted compromise among stakeholders representing multiple industries and business models and one that the full Congress should consider in the weeks ahead.

“21C strongly supports this legislation and applauds the leadership from the House Energy and Commerce Committee on today’s successful markup.”

The Innovation Alliance, in a letter to Upton and Rep. Frank Pallone Jr., D-N.J. and ranking member of the committee, called the legislation a “critical step forward” in combating abusive patent demand letters. The alliance is a group made up of research and development-focused companies.

Pomper said the bill’s current version, which includes pattern of practice and bad faith requirements and does not impose overly burdensome disclosure requirements, are “critical” to maintaining the proper balance.

“Patents are essential to incentivizing invention, investment, research and development, and job growth,” he wrote. “By appropriately targeting abusive behavior while maintaining the integrity of legitimate patent enforcement practices for all patent holders, the TROL Act offers a balanced solution to the proliferation of abusive demand letters.”

Bobby Franklin, president and CEO of the National Venture Capital Association, said improvements still can be made, but he believes the bill, overall, strikes a good balance.

“As the voice of the venture industry and the broader entrepreneurial ecosystem, we will continue to support carefully targeted solutions that don’t result in unintended consequences that could deter long-term investment in innovative ideas and technologies,” Franklin said.

However, the Application Developers Alliance contends the bill requires even more “robust” mechanisms for deterring and punishing trolls.

“The Federal Trade Commission’s weak settlement with patent troll MPHJ demonstrates the need for Congress to clarify that the FTC has -- and should use – its authority to punish senders of deceptive patent assertions that are intended to extort unjustified royalty payments,” it said in a statement.

“The TROL Act should do this more forcefully and more effectively.”