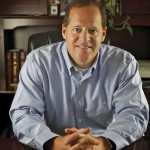 MONTGOMERY, Ala. (Legal Newsline) - Alabama lawmakers have passed a bill that would overturn a state Supreme Court ruling that held a brand-name drug manufacturer can be liable for physical injuries caused by a generic drug product that it neither made nor sold.

The measure, Senate Bill 80, garnered bipartisan support in the legislature. The Senate passed the bill 32-9 last month and the House previously voted 88-7 to pass its version, House Bill 110.

On Tuesday, the House voted 86-14 on final passage of SB 80 and sent it to Gov. Robert Bentley, a Republican, for consideration.

“Thank you to the Alabama House for giving final passage to my tort reform bill on innovative liability,” Ward said in a Facebook post Tuesday evening. “I appreciate the support and look forward to the governor signing this into law.”

Lawmakers crafted the bill after the Alabama Supreme Court issued its ruling in Weeks v. Wyeth in 2013 and then reheard the case and reaffirmed its ruling last year.

Plaintiffs Danny and Vicki Weeks sued five current and former drug manufacturers for injuries that Danny Weeks allegedly suffered as a result of his long term use of prescription drug Reglan, which is used to treat gastric esophageal reflux disease, or GERD.

A month later, Pfizer, along with Wyeth LLC and Schwarz Pharma Inc., petitioned for rehearing and asked the court to reject “innovator liability.”

The majority said its decision to reaffirm does not turn products-liability law, or tort law, “on its head.”

“Nor are we creating a new tort of ‘innovator liability,’ as has been suggested,” Bolin wrote of the manufacturers’ arguments.

“Instead, we are answering a question of law involving a product that, unlike any other product on the market, has unprecedented federal regulation.”

Bolin continued, “Nothing in this opinion suggests that a plaintiff can sue Black & Decker for injuries caused by a power tool manufactured by Skil based on labeling or otherwise.”

But business groups feared the ramifications of the court’s decision would be felt in other industries in the state and across the country.

The Business Council of Alabama -- one of the entities that filed an amicus brief in the case -- praised lawmakers for taking action.

“By passing this important legislation, the Alabama Legislature has stood with Alabama’s businesses by reversing the Alabama Supreme Court’s adoption of a novel tort theory, which could have had chilling effects on Alabama’s business climate,” BCA President and CEO William J. Canary said. “On behalf of Alabama’s businesses, the BCA thanks the legislative leadership along with Sen. Cam Ward and Rep. Jack ‘J.D.’ Williams for promptly correcting this wrong.

“Had this not been swiftly corrected by the Legislature, Alabama would have been at a great disadvantage in attracting new business investment, which is key to bringing economic growth and jobs to our state.”

Tommy Lee, BCA first vice chairman and president and CEO of Vulcan Inc., a manufacturer in Foley, Ala., agreed.

“Alabama manufacturers are fortunate that this legislation will now be law,” he said. “To think that a company could be held liable for injuries allegedly caused by a product it neither manufactured nor distributed is alarming, and we thank Speaker (Mike) Hubbard and Pro-Tem (Del) Marsh for making this pro-business bill a priority.”

According to its website, BCA is the state’s exclusive affiliate to the U.S. Chamber of Commerce and the National Association of Manufacturers.