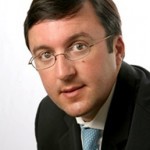 WASHINGTON (Legal Newsline) - A group of medical device companies says it is concerned about a House-introduced patent reform bill, calling it “far-reaching.”

The Medical Device Manufacturers Association, which was created in 1992 by a group of medical device company executives and now has more than 270 members, sent a letter earlier this month to House Judiciary Chairman Bob Goodlatte and Ranking Member John Conyers.

In it, MDMA President and CEO Mark Leahey said the changes proposed in Goodlatte’s Innovation Act, or H.R. 9, would devalue property rights or the ability to protect intellectual property and would have a “chilling effect” on developing medical cures and treatments.

“The issue of ‘patent trolls’ is an emerging one in medical technology, and MDMA supports balanced efforts to improve the U.S. patent system and agrees that targeted steps can be taken to curb abusive patent litigation. However, the provisions in H.R. 9 that purport to target only abusive patent practices are so broadly drafted that they would make the defense of legitimate intellectual property from infringement more costly and burdensome, and discriminate against innovation models such as those who develop technologies and license them to larger players for distribution purposes,” Leahey wrote in the four-page letter.

“The patent is the lifeblood of the medical technology industry and serves as the bedrock on which risk-taking entrepreneurs are able to create new markets and new jobs, and most importantly, deliver break-through technologies to patients who need them.”

MDMA has been lobbying Capitol Hill to make what it calls “necessary changes” to patent reform legislation to ensure that medical technology innovation flourishes.

The association was successful in ensuring that certain proposals, such as the apportionment of damages in infringement cases and an open-ended post-grant review system, were excluded from the America Invents Act, which was signed into law in 2011.

In its April 14 letter to Goodlatte, R-Va., and Conyers, D-Mich., MDMA said it’s particularly concerned about the Innovation Act’s current joinder language, arguing it would “drive venture capitalists and other investors out of patent intensive industries.”

“It takes years, sometimes a decade or more, and tens of millions of dollars to secure regulatory approval and reimbursement for new medical devices,” Leahey noted. “Because the industry is so highly regulated, investment in early-stage medical device companies is a very risky proposition.

“Exposing investors to the significant financial liabilities created by the joinder provision would further discourage investment in the breakthrough medical technologies of tomorrow.”

“The fact that certain elements or facts are not known or included in the initial pleadings, should not limit a petitioner’s ability to gain access to those facts and amend pleadings,” Leahey wrote. “The combination of heightened pleadings and limited discovery is a ‘double jeopardy’ of sorts that requires a petitioner to guess at detailed facts that may not be in their possession (e.g. how a product is manufactured), and then be penalized by not being able to obtain the facts, even those that may establish clear infringement.”

The association also is calling for a permanent end to the diversion of patent fees from the U.S. Patent and Trademark Office.

The PTO is unique in that, compared to other federal agencies, it operates on fees collected by its users and not on taxpayer dollars. For years, Congress has diverted about 10 percent of the fees the PTO collects to the U.S. general treasury.

“Many of the complaints about patent trolls include allegations that these entities are asserting ‘bad patents’ that should never have been granted,” Leahey wrote. “The most effective action that can be taken to improve patent quality is to allow the U.S. PTO to retain its revenues to allow it to improve the examination process, hire more and better-qualified examiners, increase examiner training, and upgrade the U.S. PTO’s IT infrastructure.

“The continual diversion of hundreds of millions of dollars from U.S. PTO to the U.S. Treasury is a tax on innovation and must end.”

This month, a bipartisan group of U.S. House lawmakers, headed by Conyers, introduced legislation that would allow the PTO to retain and use all of the user fees it collects.

“It’s critical that legislation impacting such a broad cross-section of the economy and constitutionally protected property rights is narrowly focused to address the abuses of patent trolls while protecting the patent system for all stakeholders,” Leahey wrote.

“Failure to deliberate thoughtfully and make the necessary changes to mitigate these unintended consequences will undermine our country’s leadership position in innovation and America’s future economic growth and competitiveness.”

MDMA has said it supports the STRONG, or Support Technology and Research for Our Nation’s Growth, Patents Act.

The legislation, introduced last month, would make it harder for firms to be targeted with frivolous patent lawsuits, level the playing field between small inventors and large companies, and ensure the PTO has the resources it needs to improve patent quality.

“MDMA applauds the introduction of the ‘STRONG Patents Act’ for its measured approach to address issues facing our nation’s patent system,” Leahey said in a statement last month.