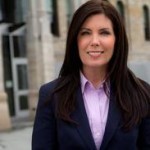 Since 2010, Cohen Milstein has donated $71,000 to 16 different campaigns, according to a search of FollowTheMoney.org. Of those candidates, 13 would go on to win their state’s general election.

The firm, known for its class action lawsuits, has been hired by a number of state attorneys general, including some of those to whom it donated.

In 2012, Hood hired the firm to help represent Mississippi in litigation over the anti-seizure drug Depakote.

Cohen Milstein received a $250,000 payout as a result of the settlement with Abbott Laboratories, according to a list of contingency fund payments provided by the Attorney General’s Office.

It is unknown whether Cohen Milstein will receive any more from either settlement, as no one in Hood’s office could be reached for comment.

According to a copy of the firm’s Bank of America contract, posted online by the Attorney General’s Office, it is entitled to compensation that shall not exceed the following amounts:

- Twenty-five percent of any recovery of up to $10 million;

- Twenty percent of any portion of such recovery between $10 million and $15 million;

- Fifteen percent of any portion of such recovery between $15 million and $20 million;

- Ten percent of any portion of such recovery between $20 million and $25 million; or

- Five percent of any portion of such recovery exceeding $25 million.

The firm also is entitled to “reasonable and necessary costs of the investigation,” including but not limited to travel, witness fees, consultants, accounting and expert fees and expenses.

Meanwhile, Cohen Milstein’s relationship with Kane came to the forefront earlier this month when a group of nursing home operators filed a lawsuit in Pennsylvania’s Commonwealth Court trying to kill the firm’s apparent deal with the Attorney General’s Office.

The dozens of owners and operators of long-term care facilities in the state that filed their petition for review April 2 argue that the attorney general has overstepped her bounds in investigating skilled nursing facilities’ staffing levels and hiring Cohen Milstein to help conduct the investigation.

“The General Assembly has not granted OAG the jurisdiction to investigate SNF staffing levels, nor has it delegated to OAG the authority to litigate against SNFs based on OAG’s assessment of the sufficiency of nursing staff. Rather, the General Assembly has authorized (the Pennsylvania Department of Health) to exercise exclusive jurisdiction over the investigation, monitoring and enforcement of regulations against SNFs,” the operators wrote in their 46-page petition.

The operators -- certified providers under federal Medicare and Medicaid programs, with at least 10,995 licensed beds in the state -- contend the subpoenas seek information strictly for purposes of litigation.

“Given the terms of the contingent fee agreement between Cohen Milstein and OAG, including the financial arrangements and incentives contained therein, as well as Cohen Milstein’s and OAG’s conduct in these investigations thus far, discussed in detail below, it is evident that litigation against petitioners is intended, imminent and inevitable,” they wrote.

The operators also argue that Kane’s delegation of authority to the law firm is improper because it gives the firm a financial stake in pursuing litigation against them.

“Cohen Milstein seeks to enrich itself through large contingent fees based on litigation claims made against petitioners in the name of OAG,” they wrote.

“The investigation by Respondent Kane, OAG and Cohen Milstein was not prompted by any material consumer complaints to OAG for allegedly insufficient care, but rather was initiated by Cohen Milstein to extract legal fee recoveries, as reported in the New York Times and other sources.”

The operators continued, “This Cohen Milstein-driven investigation is an effort to create a ‘problem’ where none exists in a search for profits for itself.”

Jeffrey Johnson, assistant press secretary for Kane’s office, said the attorney general has received the petition, is reviewing it and “will act accordingly.”

The nursing home operators are seeking from the court: an order declaring the subpoenas issued by Kane in conjunction with Cohen Milstein are invalid; an order declaring that Kane’s delegation of authority to the law firm to pursue an investigation and litigation is improper and a violation of their due process rights; and that the contingent fee agreement between the attorney general and the firm should be declared null and void.

A similar request was made of the law firm in Illinois federal court in September.

A group of pharmaceutical companies being sued by the City of Chicago over the marketing of opioid painkillers asked Judge Jorge Alonso of the U.S. District Court for the Northern District of Illinois to invalidate the contract between the city and Cohen Milstein.

The companies -- some of which include Purdue Pharma, Johnson & Johnson, Janssen Pharmaceuticals, Actavis PLC and Teva Pharmaceutical Industries Ltd. -- also asked the judge to issue an injunction barring the city from using Cohen Milstein in the lawsuit, or any similar suit.

In December, another federal judge denied a request to disqualify the law firm and its partner, Linda Singer, based on Singer’s past position as attorney general for the District of Columbia, which received a hefty settlement after suing one of the drug companies in a similar action during her time in office.

And while his campaign received $5,000 from Cohen Milstein, New Mexico’s Balderas claims he is committed to “greater transparency” in appointing outside counsel.

Balders took office in January, taking over for Gary King. King was featured prominently in the Times article, published in December, showing that more attorneys general are hiring private law firms to file lawsuits on behalf of their states.

After a three-month, office-wide review of all pending litigation involving outside counsel, Balderas announced late last month that his office now will seek bids from law firms and appoint a senior staff member to oversee the litigation.

“Pursuant to my statutory authority and responsibilities regarding litigation on behalf of the state, this office will adhere strictly to an improved process regarding the use of outside counsel to ensure accountability and transparency,” he said, adding that such cases must be “meritorious” and in the best interest of residents.

The attorney general said he also is committed to making all documents pertinent to request-for-proposal processes -- including the total payment to outside counsel made by the Attorney General’s Office -- publicly available.