Former Hawaii AG among those recommended for federal judgeship 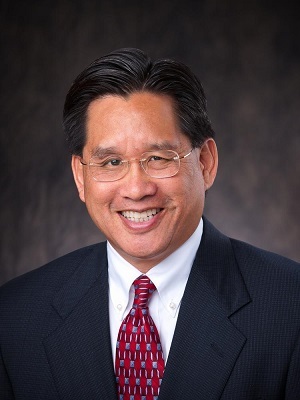 Last week, U.S. Sens. Mazie Hirono and Brian Schatz announced they have submitted recommendations to the White House for Louie, Assistant U.S. Attorney Jill Otake and private attorney Clare Connors to the U.S. District Court for the District of Hawaii.

A seat on the court will be open following Chief Judge Susan Oki Mollway’s transition to senior judge effective Nov. 6. Senior judge status is a form of semi-retirement for federal judges, who are appointed for life.

Louie, Otake and Connors were among those recommended by Hawaii’s Federal Judicial Selection Commission. The commission was created by Hirono and Schatz in March.

The seven-member commission -- three members appointed by each senator and a chair jointly agreed upon -- reviewed more than 30 applications.

Chairwoman Louise Ing, founder of Honolulu law firm Alston Hunt Floyd & Ing, said the commission took the selection of the nominees “very seriously” and are pleased with the qualifications and diverse backgrounds of the final candidates.

“The Federal Judicial Selection Commission will proudly stand behind the eventual nominee for federal district judge to represent our state and replace Judge Susan Mollway,” she said.

A short list of candidates was submitted to the senators for interviews.

“The commission’s review process coupled with our own interviews helped us identify individuals with outstanding qualifications who we believe would make excellent nominees to the court,” Hirono and Schatz wrote in their letter to President Barack Obama.

Louie, admitted to the Hawaii Bar in 1977, has practiced exclusively in Hawaii.

Most notably, he was appointed the state’s attorney general in 2011. He served through 2014.

Before becoming the state’s top lawyer, he was a trial lawyer with the Honolulu law firm of Roeca Louie Hiraoka LLP, practicing for more than 30 years in the areas of personal injury defense, construction defect litigation and commercial litigation.

Otake has spent most of her legal career in criminal litigation as a prosecuting attorney.

She began her career as a deputy prosecuting attorney for King County, Wash.

She also clerked for Hawaii Supreme Court Justice Simeon Acoba before returning to Washington to serve as an assistant U.S. attorney for the state.

Otake became an assistant U.S. attorney for Hawaii in 2014, and has served in that capacity since.

Connors, a trial attorney, began her legal career in 2001 with the Tax Division of the U.S. Department of Justice.

In 2002, she served as a clerk for Judge David Ezra, in his capacity as a judge for the District of Hawaii.

She returned to Hawaii to serve as an assistant U.S. attorney, and eventually moved to civil litigation. She continues to practice law in Hawaii.