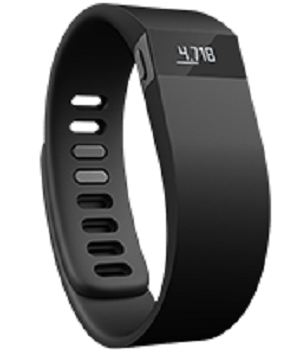 SAN FRANCISCO (Legal Newsline) - Jawbone, known for its wearable technology, has filed a lawsuit against the maker of popular fitness tracker Fitbit for alleged patent infringement.

San Francisco-based Jawbone argues in its eight-page complaint, filed in the U.S. District Court for the Northern District of California June 10, that Fitbit’s product line infringes one or more of its patents.

In particular, Jawbone alleges that Fitbit, also based in San Francisco, is infringing on three of its patents: U.S. Patent Nos. 8,446,276 titled “General Health and Wellness Management Method and Apparatus For A Wellness Application Using Data From a Data-Capable Band,” 8,073,707 titled “System For Detecting, Monitoring, And Reporting An Individual’s Physiological Or Contextual Status,” and 8,398,546 titled “System For Monitoring And Managing Body Weight And Other Physiological Conditions Including Iterative And Personalized Planning, Intervention And Reporting Capability.”

Jawbone and fellow plaintiff BodyMedia Inc. -- which was acquired by AliphCom d/b/a Jawbone in April 2013 -- contend they have invested “heavily” in their wearable technology business.

According to the complaint, the company has spent more than $100 million in research and development related to the devices and the systems that support them.

In turn, they are seeking unspecified compensatory damages and attorneys’ fees from Fitbit, and are asking the federal court to permanently enjoin Fitbit from making, manufacturing, using, selling, importing or offering its products for sale.

Jawbone also notes that both it and BodyMedia plan to file a complaint requesting the International Trade Commission to commence an investigation against Fitbit.

The commission is an independent, quasi-judicial federal agency that directs actions against unfair trade practices, including patent infringement.

In an amended S-1 filing with the U.S. Securities and Exchange Commission last week, Fitbit said if the ITC were to determine that it infringed any of the Jawbone or BodyMedia patents, the commission could issue a preclusion order that would prevent it from importing its products into the U.S. from contract manufacturers outside of the country.

“We intend to vigorously defend these litigation matters and, based on our preliminary review, we believe we have valid defenses with respect to each of these matters,” Fitbit said in its S-1 filing.

Judge Nathanael Cousins is presiding over the case.

It is the second lawsuit in weeks filed against Fitbit by Jawbone. Jawbone filed a similar lawsuit in California state court last month.

According to the New York Times, Jawbone alleges in that lawsuit that Fitbit “plundered” confidential information by hiring Jawbone employees.