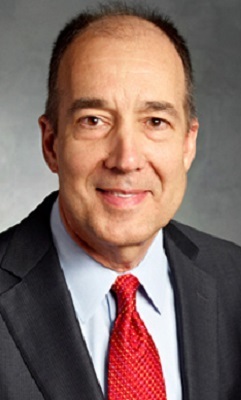 CHARLOTTE, N.C. (Legal Newsline) - Members of an asbestos claimants committee argue that the proposed trust amount in the Garlock Sealing Technologies bankruptcy proceeding is “defective, deficient and unfair” to individuals holding claims against one or more of the debtors.

The Official Committee of Asbestos Personal Injury Claimants, referred to as the ACC, submitted its preliminary objections to the confirmation of the debtors’ -- Garlock, Garrison Litigation Management Group Ltd. and The Anchor Packing Company -- second amended plan of reorganization April 30.

The committee is made up of plaintiffs’ attorneys for 12 asbestos victims appointed by the bankruptcy court. It is tasked with protecting the interests of individuals with known asbestos injuries.

However, the ACC said it made its submission early on “on a preliminary, good-faith and non-preclusive basis” to aid in “framing the issues.”

Among the more than 30 reasons listed in its 13-page filing, the committee argues that the plan:

- Does not provide sufficient funding to compensate the asbestos claimants fully;

- Purports to impose an artificial cap on the debtors’ aggregate financial responsibility for asbestos claims;

- By reason of the liability cap, fails to make the debtors’ assets fully available to compensate holders of valid asbestos claims;

- Would not value claims as they would be valued outside of bankruptcy;

- Would insulate the debtors’ assets from judgments on claims, to the extent that the judgments exceed the amount of the litigation fund; and

- Is not possible to be accepted or rejected by unknown and unidentifiable persons who will be diagnosed with, or manifest, asbestos-related diseases after confirmation of a plan.

The ACC also contends the Future Claimants’ Representative, or FCR, lacks the legal capacity and authority to accept or reject a plan on behalf of future asbestos claimants, or to cast a ballot.

Last year, U.S. District Judge George Hodges ruled in favor of Garlock, ordering the gasket manufacturer to put $125 million in its bankruptcy trust, which is roughly $1 billion less than what plaintiffs’ attorneys requested as Garlock’s liability.

Hodges found that the amount of previous awards and settlements paid by the company in the civil justice system were not reliable because plaintiffs’ attorneys had withheld evidence of their clients’ exposure to asbestos-containing products manufactured by other companies in order to maximize recovery against Garlock.

FCR Joseph W. Grier III argues in a May 22 response that the ACC’s objections to the debtors’ plan are “without merit.”

Grier was appointed by Hodges just after the judge’s Jan. 10, 2014 ruling. He represents the interest of the holders of future asbestos personal injury claims against the debtors.

“Under the Plan, all asbestos claimants have the option of applying for a settlement offer from an asbestos trust governed by claims resolution procedures (the ‘CRP’), or exercising their jury trial rights and litigating their claims against the Debtors,” Grier notes in his 18-page filing.

“The goal of the CRP is to treat similarly-situated claimants fairly, both present and future, in a transparent and objective manner. The CRP requires claimants seeking a settlement offer to allege that they were exposed to asbestos fibers in the Debtors’ products from activities that have the potential to release such fibers, such as cutting, scraping, or brushing.

“This is consistent with the Debtors’ prepetition settlement practice, tort law, and this Court’s findings in its Order Estimating Aggregate Liability.”

“The plaintiff firms that control the ACC in this and other cases have not been shy about advancing their own interests and those of current claims at the expense of future claims,” he wrote.

“In fact, the history of bankruptcy asbestos litigation is punctuated with case after case where courts have been called upon to rein in such discriminatory behavior or to address its consequences.”

Grier argues that it is both “right and proper” that the holders of future claims should have a legal representative in these cases, first and foremost because future claims are the largest creditor group.

“In its Preliminary Objections, the ACC argues that future claimants are unknown and unidentifiable persons and therefore it is not physically possible for them to cast a ballot accepting or rejecting a plan of reorganization,” he wrote. “It is true, of course, that future claimants are unknown and unidentifiable at this time. But that is exactly why the Court appointed the FCR -- to protect such claimants.”

The ACC’s arguments, Grier contends, “cannot be squared” with the actual language of the appointment order.

“The Appointment Order says none of those things. The ACC’s objection founders on that reality.”

Garlock, in its 15-page response, also filed May 22, argues that the committee’s legal positions are “incorrect.”

“Under the Committee’s view of the world, this case will not end until current claimants say that it can, with distribution procedures of their choosing,” attorneys for the company wrote.

“The Plan pays all claimants in full, and provides more than $357.5 million to pay asbestos claims -- nearly triple the $125 million this Court found would be sufficient to satisfy current and future mesothelioma claims (which comprise the bulk of Garlock’s asbestos liability).

“The Plan distributes these funds under procedures that will prevent the problems that plagued Garlock’s mesothelioma litigation outside of bankruptcy: suppression of material exposure evidence in cases against Garlock, and settlements inflated by the crushing cost of defending against thousands of mesothelioma claims that had little merit.”

Just as important, Garlock argues, the plan will distribute funds equally to current and future asbestos claimants -- a “perennial challenge” in mass tort bankruptcy cases where those claimants are inherently adverse, the company notes.

“The CRP are carefully designed to pay only claimants meeting legitimate medical criteria who offer evidence that they worked in a meaningful way with a Garlock product,” attorneys for the company wrote. “The CRP thereby avoid paying frivolous claims that could dilute assets set aside for future claimants, which is a problem that has prevented other trusts from providing equal treatment to future claims.

“Debtors formulated and filed the Plan based on vigorous negotiations with the FCR during the 12 months following entry of the Estimation Opinion. He is satisfied that it protects the rights of future asbestos claimants.”