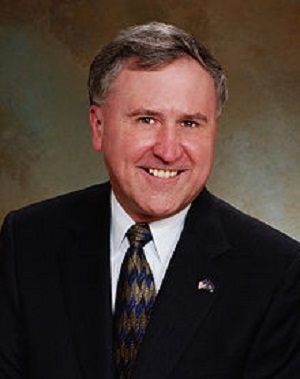 Rafferty made his announcement Wednesday, according to the Pittsburgh Tribune-Review.

Rafferty, a former state deputy attorney general, was re-elected to a fourth term in the Senate in November 2014. He represents residents in the state’s 44th District, which includes parts of Berks, Chester and Montgomery counties.

Prior to his time in the Senate, Rafferty served as an attorney in private practice, focusing on education, real estate, zoning and business, and estates law.

As deputy attorney general for the state from 1988 to 1991, he worked in the Criminal Law Division.

“Unfortunately, there’s been a black cloud over the attorney general’s office of late,” Rafferty said Wednesday, according to the Tribune-Review. “Resources have been committed to addressing other issues that have arisen in that office.

Kane, in her short time in office, has been mired in legal problems.

Among her troubles: her relationship with plaintiffs law firm Cohen Milstein Sellers & Toll.

Since 2010, Cohen Milstein has donated $71,000 to 16 different campaigns, according to a search of FollowTheMoney.org. Of those candidates, 13 would go on to win their state’s general election.

Cohen Milstein’s relationship with Kane came to the forefront in April when a group of nursing home operators filed a lawsuit in Pennsylvania’s Commonwealth Court trying to kill the firm’s apparent deal with the Attorney General’s Office.

The dozens of owners and operators of long-term care facilities in the state, which filed their petition for review April 2, argue that the attorney general has overstepped her bounds in investigating skilled nursing facilities’ staffing levels and hiring Cohen Milstein to help conduct the investigation.

“The General Assembly has not granted OAG the jurisdiction to investigate SNF staffing levels, nor has it delegated to OAG the authority to litigate against SNFs based on OAG’s assessment of the sufficiency of nursing staff. Rather, the General Assembly has authorized (the Pennsylvania Department of Health) to exercise exclusive jurisdiction over the investigation, monitoring and enforcement of regulations against SNFs,” the operators wrote in their 46-page petition.

The operators -- certified providers under federal Medicare and Medicaid programs, with at least 10,995 licensed beds in the state -- contend the subpoenas seek information strictly for purposes of litigation.

“Given the terms of the contingent fee agreement between Cohen Milstein and OAG, including the financial arrangements and incentives contained therein, as well as Cohen Milstein’s and OAG’s conduct in these investigations thus far, discussed in detail below, it is evident that litigation against petitioners is intended, imminent and inevitable,” they wrote.

The operators also argue that Kane’s delegation of authority to the law firm is improper because it gives the firm a financial stake in pursuing litigation against them.

“Cohen Milstein seeks to enrich itself through large contingent fees based on litigation claims made against petitioners in the name of OAG,” they wrote.

“The investigation by Respondent Kane, OAG and Cohen Milstein was not prompted by any material consumer complaints to OAG for allegedly insufficient care, but rather was initiated by Cohen Milstein to extract legal fee recoveries, as reported in the New York Times and other sources.”

The operators continued, “This Cohen Milstein-driven investigation is an effort to create a ‘problem’ where none exists in a search for profits for itself.”

Jeffrey Johnson, assistant press secretary for Kane’s office, told Legal Newsline that the attorney general received the petition, was reviewing it and “will act accordingly.”