Former Idaho coin dealer to pay $578,000 back to customers 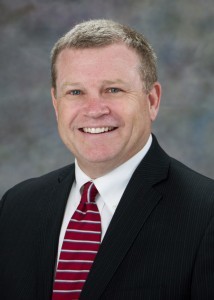 A former Coeur d'Alene coin dealer will pay $578,000 in restitution for taking money from customers but never delivering the coins that were purchased, said Idaho Attorney General Lawrence Wasden.

Wasden announced Thursday that a judge has signed off on the agreement earlier and Kevin Mitchell, who formerly owned CoiNuts Inc., will pay the money back to the customers he defrauded.

“This case represents an increasing problem in Idaho,” Wasden said. “Business owners accept consumers’ payments, but fail to deliver their purchases, then shut down operations and ignore refund requests.”

Wasden accused Mitchell of violating the Idaho Consumer Protection Act on numerous occasions between 2008 and 2012. The complaint said customers would visit Mitchell's store to buy gold and silver coins, and give him thousands of dollars in exchange for the coins. However, Mitchell would never deliver the coins, Wasden said.

Wasden initially filed the suit in April 2013, and a judge in the case entered a $742,826 default judgment against CoiNuts. In 2014, the courts ruled Mitchell personally violated state law, and the state ordered him to pay $579,569 to 10 of his customers.

“Business owners who are headed down a similar path taken by Mr. Mitchell must stop and contemplate how their misdeeds will damage consumers and the marketplace,” Wasden said. “I encourage all business owners who face financial problems to immediately consult with an attorney. Ignoring your customers is not an option.”