First Circuit says $500K for emotional distress too much 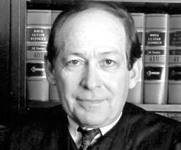 BOSTON (Legal Newsline) - The United States Court of Appeals for the First Circuit has found the award of $500,000 for emotional distress in an age discrimination and retaliation suit to be excessive.

But the First Circuit also rejected all of the other arguments made by the employers.

Fifty-nine year old plaintiff Lawrence Trainor was joined HEI Hospitality in 2006 after having had a successful career in hospitality management. Before coming aboard, a conflict arose when Trainor balked at moving from Massachusetts to Connecticut, but a compromise was reached and, subsequently, "the company's hierarchs were consistently pleased with the plaintiff's management style and overall job performance..."

In November 2008, after HEI restructured the executive team, Trainor was again asked to move to Connecticut or either step down to a general manager position, with reduced salary and benefits, in a hotel located close to his home in Massachusetts.

After negotiating with the company for several weeks, Trainor hired an attorney who wrote a letter to the company expressing his client's disappointment and suggesting "that age discrimination was the driving force behind HEI's planned restructuring and the plaintiff's threatened demotion."

On Jan. 2, 2009, Trainor filed a charge of age discrimination with the Massachusetts Commission Against Discrimination. Three hours after receiving a copy of the charge, Trainor was fired via e-mail.

The jury in the U.S. District Court for the District of Massachusetts, while ruling for the company on the age discrimination charge, found HEI guilty of retaliation.

Trainor was awarded more than $1 million dollars in damages, including $500,000 for emotional distress (the judge cut back the jury award of $1 million), as well as a separate award of more than $500,000 in attorneys fees and costs. Additionally, the judge ordered the award multiplied by two because the jury found "that HEI knew or had reason to know that its retaliatory actions violated state law."

HEI appealed on liability, failure to mitigate damages, front pay damages, excessive emotional distress damages, the multiplication of the award, the awarding of attorneys fees, and the awarding of equitable relief (the Court ordered HEI to allow Trainor to take advantage of an investment opportunity that came with his job).

The First Circuit affirmed all but the emotional distress award.

Writing for the Court, Judge Bruce M. Selya noted, "Judicial review of such awards is circumspect - and that review is even more constrained where, as here, the trial court has already pared the original jury award... Further review is not warranted unless the award, as remitted, remains so extravagant as to shock the appellate conscience."

Stressing the Court's concern that its ruling not "minimize the toll that the loss of a job can take, even apart from serious health concerns... the plaintiff did not introduce any evidence that he received medical treatment, counseling, or other similar attention" for the negative emotional impact of his job loss.

After looking at similar cases, the Court decided an award of $200,000 was reasonable and remanded to the District court "directions to vacate the award of $500,000 for emotional distress and order a new trial on the issue unless the plaintiff agrees to accept a further remittitur of $300,000."

Selya concluded, "This case was tried cleverly, by skilled counsel on both sides, before an able judge and an impartial jury. The briefs on appeal are stellar. When all is said and done, however, the record is freighted with ambiguities. The jury resolved those ambiguities in favor of the plaintiff. Doing so was the jury's prerogative --- indeed, its duty - and we cannot disturb the jury's resolution unless the record compels a contrary conclusion. With the lone exception that we have noted, it does not."