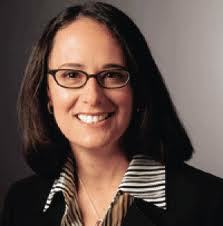 ExxonMobil Oil Corp. allegedly caused negative environmental effects when purported operational errors at the company's Channahon Township refinery caused a burst of oil mist to be released in the area. The oil release allegedly occurred because of procedural failures at the coker unit of the refinery. The oil mixture was sent into the air and fell on farms and homes within a four-mile radius of the facility.

Authorities shut down nearby Arsenal Rd. because of slippery conditions created on the roads by the oil mixture. Residue from the oil was also detected along the tracks of the Union Pacific Railroad and in nearby Jackson Creek.

"We're seeking a comprehensive investigation of the cause of the oil release and development of a thorough cleanup plan to ensure that ExxonMobil is held accountable for the environmental impact caused by its refinery's release of oil into the air and land," Madigan said.

If the preliminary injunction filed by Madigan and Glasgow is granted, it would require ExxonMobil to complete an inquiry within seven days to determine the cause of the release, report the findings to the Illinois Environmental Protection Agency, submit a detailed work schedule for needed improvements, report all pollutants and the amount of pollutants involved in the incident, collect soil samples along Arsenal Rd. and water samples in Jackson Creek for analysis, identify landowners, local government agencies and residents it communicated with after the release, provide inspection reports and equipment maintenance for the pressure safety valves involved in the release, and provide a detailed explanation of the procedures used to restart the coker unit after the release.

A status hearing is set for 9 a.m. Friday at the Courthouse Annex in Joliet.